The 2011 slasher movie You’re Next leaves one a message, and it is in no way having a redeemable quality considering the current situation. It talks about one quality that is gone, which is the power of blood relations and even those of romantic relationships. It pours acidic blood over all kinds of relationships and makes the viewers realize that chaos will come sooner or later and nobody can consider themselves free from it. You feel that you will see slasher horror with lots of blood and gore, but this movie is more than that as it reflects a consistently degenerating society that we live in.

It is a known fact that the current world is a quick one and possibly too fast for the traditional people. The new generation goes on trying to enjoy their life or to become successful so that they can enjoy life later, with a Carpe Diem attitude. Seize the day by hook or crook? The newly formed parents are also responsible for the same, asking their children to study and get a job rather than become a good person. This is why they ask every child go and choose science, because that makes more money. This concentration only on a future full of money leads to things such as what is depicted in this movie. Be aware that the next few paragraphs will have spoilers. 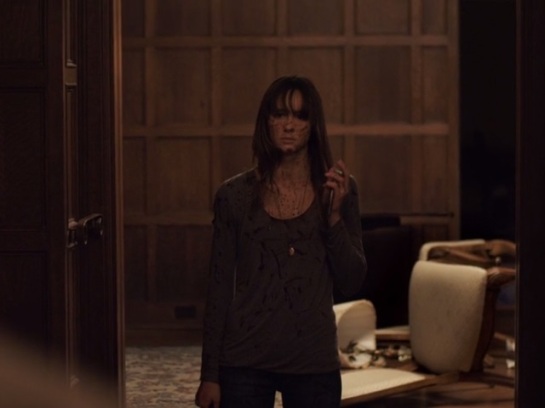 You’re Next is a home invasion movie. It has sons who hire murderers to kill their brothers, sisters and parents, plus even their lovers as they are attending a big family re-union. The whole point is about getting the family inheritance for themselves. Now, you can’t put the blame on movies or some wild imagination of the film maker who wanted to make this gory movie more disturbing, because you read such stuff every day in newspapers, like father murdering the son, daughter murdering the mother, son murdering both the parents, mother murdering her newborn child for eloping with her new-found lover and such things which marks presence.

Even as the increase in such incidents is the result of this age, the greed and jealousy has always got the better of the blood relations. In the Holy Bible, the first murder was committed by Cain on his brother Abel which proved such relationships incredibly weak. This makes one wonder if some people of this age are the descendents of that same man who committed that sin and the crime. They can surely ask that question, if they are their brother’s keepers. May be they do have the mark of Cain on them. Meanwhile Kauravas did the unjustifiable fought their cousins Pandavas fought against each other during another time.

That doesn’t end that so many years ago. With kings being overthrown by their sons, nephews, brothers or other relatives, the royal world itself has seen such cruelty done to the bloodlines. But how can they do the same in the modern world? Weren’t humans supposed to have gotten better? There are people whom I know who have told that the absence of religion has made people better and all problems are due to religion. But here, we see the exact opposite. In a modern world with less religion, there is no respect for elders or love for the fellow human beings. The only contribution is a Facebook post which should automatically save people. 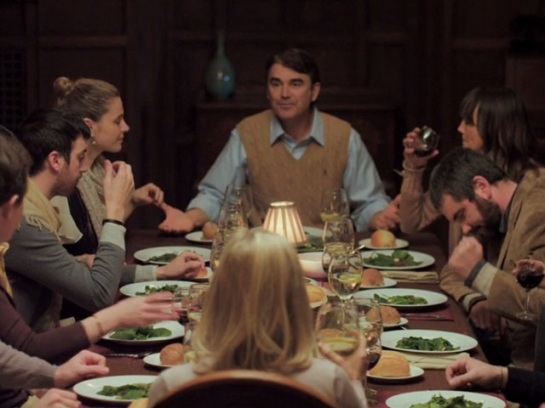 You’re Next has people being murdered in the most gruesome manner, and all that for the money. But we see that one person who is not part of the family chooses to care for them. This is where the rare goodness takes itself in, proving that relatives are not everything. We have brothers fighting over a will and partition in about seventy five percent of the households, at least half of them actually showing them in public. We have brothers and sisters filing cases against each other and even against their parents, sometimes taking the matter into their owns hands. It happens in movies, and when it happens in real life, its real worse.

Some people do pretend to value such relationships, but that is just plain acting. Some of them does the same to a certain someone to keep others away and a few others to gain something by love. There are a few others who stick to their blood relations to hate the relatives of their spouse, but then the question remains how they can love their wife and children in that case? How can someone just hate a person just because he is his or her spouse’s relative, in an attempt to make one’s own relatives seem superior? How can someone fight his or her own bloodline over money even when there is something to take for everyone in the family? Why doesn’t family come first any more rather than the word “me”? If things go like this, “You’re Next”.