It was in the year 2007 that I first heard about the great legend of root canal in detail. But it was already known from a time when the Vampire Team was actually having Pappaya Shake and Grape Juice in honour of Uncle Dracula’s birthday when a few mortals were talking about the same. The vampires had believed in immortality of fangs, but nothing about the same was said in the great vampire books. Fangs were never supposed to live forever and even immortals needed dentists to save the day.

Well, I might have heard something about it on a lot more occasions, but never really cared much. The realization that I need understand more about this legend came on the day before an exam. There is something between me and the exams, as the day before the written test always provided me something negative; may be we were never supposed to be together in a hall with question papers. The day before the examination is usually the day of big evil. It is an unpredictable day on which anything can happen, even if there is a harthal in store for the next day.

Evil has its way in darkness, but the first nemesis of my teeth was Chakka Varuthathu.

Evil comes in many forms, and it always finds a way, no matter what the environment is about. That time, the culprit was what we call Chakka Varuthathu, officially worthy of being called Fried Jackfruit Chips – it was one of our usual snacks with Banana Chips, Tapioca Chips and Potato Chips, used while watching strange movies, cheering for a team in cricket or football and even when watching cricket. But it was never known before that such things could break a piece of teeth into two like a solid hammer on a rock, but it was about this that you are going to read about.

I had one nice bite of the chips while reading a book, and the result was surely not awesome for me, but it assured me that dentist will get another opportunity to show his skills, and provide me with a taste of the legend about what the root canal therapy or what they officially called endodontic therapy, proving it to be true and worthy. A significant part of my last molar on the left lower level had fallen off with the filling which has been serving it for quite a long time. It meant that the legend had to proven true.

Eight years have passed after that significant incident which saw the legend becoming true and myself choosing a steel coloured crown because I wanted to see it as a crown and not as another teeth. It needed to have something special because it lacked what the usual teeth had. It is my gift to that special teeth which is no more the teeth it used to be, as the soul has departed. I made that choice and it has stayed strong until now, and this time it was the upper molar, second one from the left which was going to suffer the same fate. 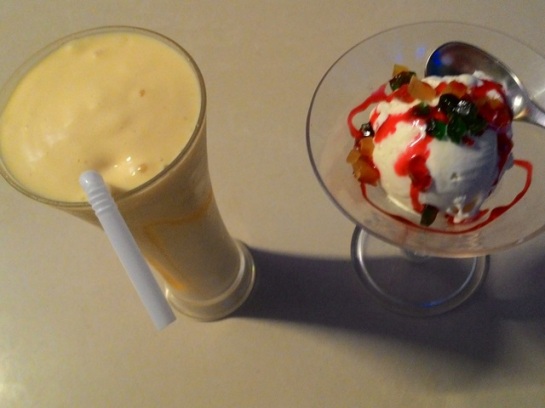 It is really bad to have anything too cold or hot these times, right? 😦

It was just another day, and it was the Guava which did the trick this time with its evil seeds infiltrating that one teeth and taking a part of it when retreating; some popcorn during a movie later contributed more, and then the later filling could also stay alive for just a few days only. The legend had to return again to save the day, and root canal was adviced even though a crown without a root canal might still be possible; but I was like, why take the risk when the condition of the tooth looks as if coffin is a nice choice.

So, I took the opportunity to unleash the legend on my teeth and now it is ready for the crown. This crown which is to become the armour of my teeth will save it against all signs of death and destruction. Yes, Lady Death can take me, but not my teeth, at least not as a whole. I will defend this well, as long as there are dental clinics and dentists in this world which provides so much of sweets and tough food to destroy my teeth. I should be friends with more dentists, and I am hoping to send a few more friend requests.