After the Simona the Kitty kidnap and return, a lot of people have asked me about her and how is she doing. A lot of people haven’t asked about me, but did ask about her. Well, she is the celebrity and I am more like the manager. So, I guess that this is the time to post her photos after the whole episode and the return. She is very much okay and going through the good times again. Here I share seven of her photos after the incident. Things are rather normal for her these days, and she has returned to brutally murder more of the spiders, cockroaches and lizards at home. I have often wondered if those creatures had a role in Simona going missing 😛

Falling asleep remains a major program for her, and she is an expert in the field.

And also falling asleep in different ways; there is so much variety right there. 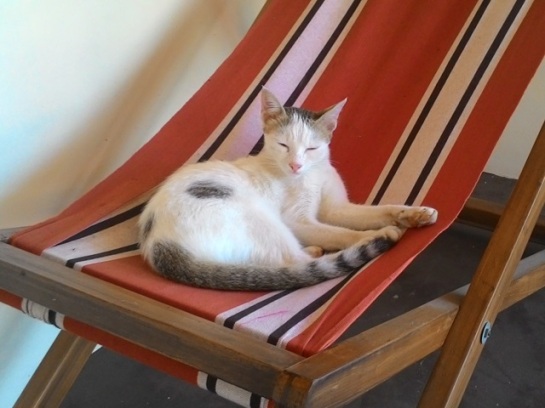 Taking over the chair meant for the oldest member of the house is just too easy.

And then sleeping in the sunlight as well as in the moonlight with no worries. 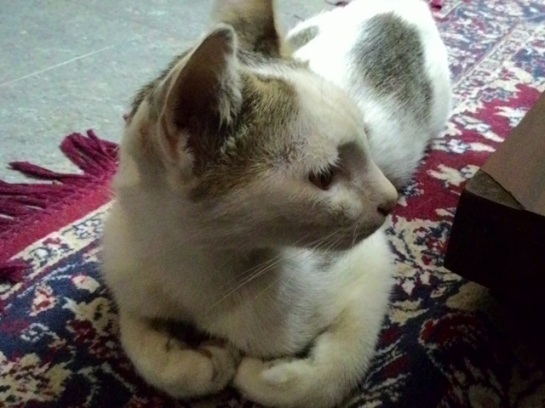 Still, there is no loss of style in being Simona, and she rests after having her Whiskas. 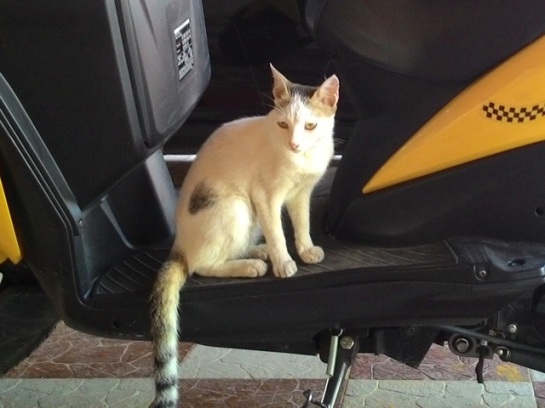 She prefers to ride Honda Dio from there – surely the smartest kitten of the area! 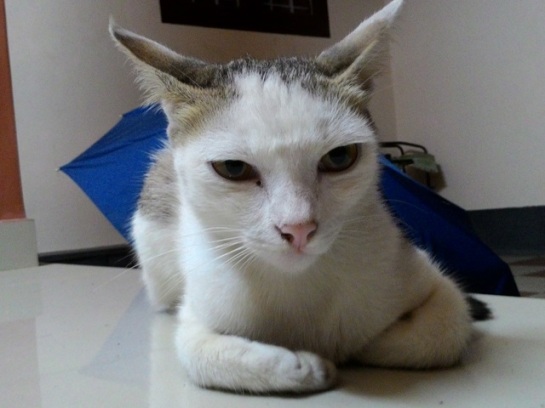 Then she becomes the gangster, turns back and chases cockroaches and spiders.

***The photos used in this blog post were taken on my Asus Zenfone 5. Yes, Simona is getting older and is becoming an integral part of the family as well as the neighbourhood. One has to wonder what would happen if she ever goes missing again. Making the wish that she remains with us forever, we are going to buy more Whiskas, or we might need to have more non-vegetarian food so that we can share with her! She has been proving to get more and more hungry, and lets hope that she remains healthy. This is also her house now, and she would want to stay inside her world with her people. If you like the photos and Simona, clap your hands 😀

It has been some time since I updated something on Simona the Kitty. She has been doing good around here, even as we missed her during our journey to Delhi. She was taken good care of as we had arranged for the same. She didn’t leave from around my legs since we returned, and we actually gave her a lot more freedom after we returned. She did turn more peaceful and matured after our return, it seemed. There are significant changes which happened since we returned.

No more hugging, but a lot of leaning: The hugging procedure has mostly ceased to exist. Now it is more about leaning against the legs. Whenever she finds me, she needs to lean against my legs, as if she is trying to push me. She even pushes open the doors and also pull her legs in between to push them apart, trying to find a few human legs. Yes, she needs them, and she considers it her newly found right. 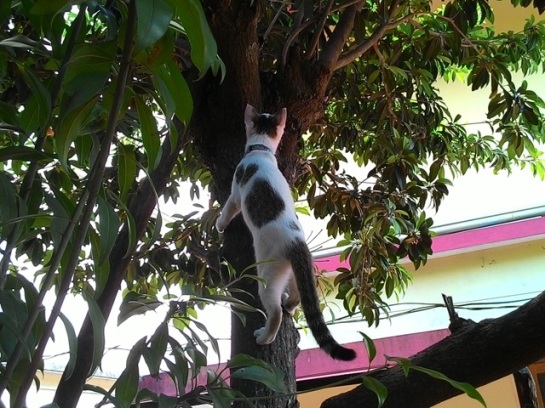 The new sleeping programme: She sleeps a lot nowadays, and prefers to sleep on a lap or chooses to find a human sleeping and stay asleep close to the legs. She is finally making her choices clear. She belongs to the clan of that mighty hunter of the jungle, and so if she decides to rest, she should have the royal right to do so. She is Simona the Lionhearted, honourable princess of the concrete jungle.

A special need for massage: Nowadays, she overtakes a walking human, and lies down asks to be given a massage. She keeps doing that until enough of the same is received. It has become so regular a practice now that she is on the floor on more occasions than she is doing anything else. But you can’t deny her that, can you? After all, she is a valiant kitten who decided to defeat all odds.

Climbing the first tree: She actually managed to climb a tree for the first time, and it was a zapota tree which is of good height and with a lot of branches. She got to the top very quickly, trying to touch an analyze the smaller branches, finally deciding to come down slowly and carefully. She was on monkey mode for quite a long time, and only after she was tired that she got back to the original kitten mode.

Catching the first big lizard: She is known to have caught spiders, cockroaches and lizards, but this is her first live-action attack on a big lizard. Even though I won’t expect her to go after a rat, this is a fine start. It was as if she was planning a tactical game with her prey, and she successfully became the smart predator. She has always been the survivor, and he is slowly, but steadily becoming the hunter.

As Simona keeps transforming into the big cat of her concrete jungle, I hope that she remains happy in this small world which has a road on one side, houses on two sides and and emptiness on the other. She hasn’t gone beyond the wall so far, and has wished to stay close to us. Hope she remains with us as the symbol of optimism forever rather than thinking about wandering away 🙂

***The photos used in this blog post were taken on my new Asus Zenfone 5 yesterday. The new phone is very good, and I shall write about it later 😀