Vampire Alligator: Do you know how much of a miser the Vampire Crocodile is?

Vampire Hamster: How can I know? I have no memory. Who is this Vampire Crocodile? Is he your long lost brother whom you found while eating 5 Star chocolates on a sunny day?

Vampire Alligator: Okay. Sir Owl and Sir Bat, do you know about the strange deeds of the Vampire Crocodile? On him being a big miser?

Vampire Owl: Yes, he didn’t let me travel in his car on the other day.

Vampire Alligator: Actually, that is because he doesn’t like you and not because you weigh a lot. A crocodile weighs more than many owls together, you know.

Vampire Owl: I knew that he was a smart evil crocodile! Didn’t I tell you all to be careful about him? Then why am I not careful? Damn!

Vampire Bat: What were you actually planning to talk about? Are there things that we don’t know about the Vampire Crocodile?

Vampire Alligator: He has his special skills in bargaining. He comes from a very rich and reputed crocodile family around the Lake Placid, but pretends that he is very poor. He does such a huge bargaining that it shocks everyone.

Vampire Bat: We never knew that. We could have used his bargaining skills during the next conflict with the werewolves over territory.

Vampire Alligator: But it is a secret, and so he will never bargain for you; neither will he agree to this. He will only do that for himself. Have you seen the clothes which he use? They are also the cheaper ones which are the result of further bargaining. 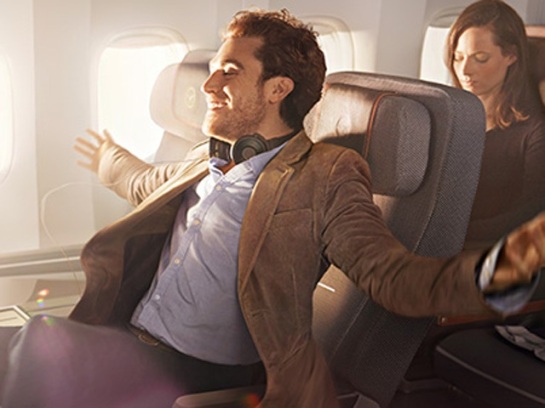 Vampire Owl: See how shell-fish he is.

Vampire Bat: Why do you say selfish like shell-fish? Are you hungry?

Vampire Owl: I thought that it would sound cooler that way.

Vampire Hamster: Excuse me sir, Is this Vampire Crocodile the one whom we call the VC?

Vampire Bat: No, not at all! It is Vice-chancellor, and that position is held by Uncle Dracula until the end of his times…no I mean until the end of the Vampire University as he is de facto immortal and cent percent perpetual vampire.

Vampire Owl: He is still better than the Vampire Crocodile, I would say.

Vampire Alligator: Have you seen the Vampire Crocodile’s chappals? Do you know how old it is? It is older than any human alive on Earth. It has already achieved immortality, but it has so much stitches done to it that if you look closer, you will know that it is nothing less than a distant cousin of the Frankenstein monster.

Vampire Owl: Now we know why he doesn’t climb the rocks. It should have no grip at all.

Vampire Alligator: Most of the shirts that he wear were inherited from his great great grandfather. They might be older than most of the vampire apprentices here. As I am young and cool, they should surely be older than me. He has some special tailoring skills which make them look better.

Vampire Owl: I say we shift him to the tailoring department of the castle.

Vampire Bat: I have actually noticed the happiness in his eyes whenever he got a discount or when something was given to him for free. But that joy seems to be bigger than everything.

Vampire Owl: Yes, I know that you understand that very well because whenever there is any discount at Flipkart, Snapdeal or Amazon, you are like – “attackkkkk!”

Vampire Alligator: That reminds me; the Vampire Crocodile even wrote a letter to Flipkart asking if there is special discount for crocodiles who are vampires.

Vampire Owl: What? That is bloody racist! How can he ask something like that?

Vampire Bat: I agree that it is unfair. We, the Vampire Clan are only allowed to ask for discount in the name of the greatest of them all, the Lord Protector, Uncle Dracula.

Vampire Alligator: He is actually smart. When he last bought my old PC, he was saying like crocodiles and alligators like brothers belonging to the lovely reptiles community and so I should give him extra discount. He also said that therefore he needed a graphics card and a joystick for free.

Vampire Hamster: I think I remember now. When he bought my old mobile from me, he was like it was available at a smaller price at Lake Placid, and that crocodiles have always been tolerant of hamsters and so there should be special discount for him.

Vampire Bat: That’s it! We are also going to go through a Paisa Vasool offer and we are not going to inform him about it!

Vampire Owl: Now you are talking in the right way.

Vampire Hamster: Is it party time? An economical party?

Vampire Bat: No, we are going to travel to Germany in Lufthansa Premium Economy class, which might be the extra bang for our buck. It will be the best option that we have for a paisa vasool travel, and we have always wanted to go to Germany, right? Yes, some of us want to go to Italy, others to Spain and some others to France, but Germany is like a common place of love. We are going to Germany in a Lufthansa!

Vampire Hamster: I am going to get a new video camera for this!

The idea of Paisa Vasool runs through the minds of us all. We Indians do think about that a lot while purchasing something. If there is any doubt, you can choose a random person from the common people and ask, and the signs will always be there. We all need to make the maximum utilization of the money that we spend, and Lufthansa manages to come up with something which provides us exactly that. Lufthansa Premium Economy is another nice innovation from the reputed airlines from Germany, which you will need to check. It is economy, but is also bigger than regular economy, but not the costly business class either. This is going to prove very interesting for the long distance flights in particular. Go to think link for more details about the same: http://premium-economy.lufthansa.com/

***The images used in this blog post belong to Lufthansa. #LufthansaPremiumEconomy

There are six tales. For the first one, there is the Uncle no.1 who tries to pretend that he is traveling in second class AC compartment while he actually goes around in the sleeper. If nobody is expected at the railway station, he pretends that it was so cold in the compartment because it was AC while he travels in the sleeper class. If somebody is expected to receive him at the railway station, he actually travels in the second class AC so that the secret that he usually travels in sleeper class won’t be out; all these to pretend in front of his son’s in-laws.

Aunty no.1 is a clear saviour of money, and becomes extra economical at home, keeping the very old vegetables at home for later use. As there is so much money at home, it is impossible for them to have older food, and so the older food is reserved for the guests. But nobody can complain because she makes some nice food with it, and this comes quite natural for her. People feel that she prepares so much food and it is awesome, but there are some very old vegetables which remains her secret.

Aunty no.2 knows how not to waste even a little bit of the money. She keeps living that simple life that her children can never agree to, because of which they rarely wishes to come home; but the fact remains that she has effectively controlled the flow of money into the right areas, but it goes even up-to that extent that one has to wonder if she is now the richest person in the family – if it is so, the situation is worth applause as well as wonder, and the question remains if she did spend money even when there was the real need.

Uncle no.2 is like the richest person in the family, but never spends even one rupee for even that local toffee, forget buying a cup of black tea from the cheapest shop around. The theory used here is like, “when I get richer, I will be a miser”, but he gets richer and richer, and one day, he might have a tree which grows money, and then he will buy something for us – may be a cup of cardamom tea or that new variety of coconut ice cream which is there at the shops. He is surely saving a lot right now.

Aunty no.3 is the one who keeps asking for money. It is not that she never returns, but she does ask on such regular basis that everything at her place goes too smoothly even though it can’t be said about those whom she has the money from. Still, she manages things perfectly with the money and lives a happy life. Isn’t it what we all want? People say that money can’t buy happiness, but for some people, happiness is a by-product of money borrowed from someone else.

Aunty no.4 is the great judge, the grand decision maker who creates eternal battles over the small amount of money. She is like a great king who has conquered so much of lands and is struggling to keep them under control. Each and every day, she goes on the battle, with the fish vendor, vegetable seller and many others. She instills a sense of fear in the minds of the people in the market, but never gives up on her special skill, or what she considers to be that – to buy the best at the cheapest price.

These six people are representatives of a big society which looks for that Paisa Vasool element more than anything else, and it has been part of our lives. But what rises above all these, as the right choice for the best experience at a nice affordable rate is the Lufthansa Premium Economy, something which comes to us as another innovation from theGerman airlines which is the largest airline in Europe, not just with the number of passengers carried, but also with its fleet size. It is not the usual economy, but #LufthansaPremiumEconomy. Check this link for further details: http://premium-economy.lufthansa.com/

***The images used in this blog post belong to Lufthansa. #LufthansaPremiumEconomy