*This is an allegory inspired by a comment from Raja Saravanan (http://rajareviews.com) at https://theteacerebration.wordpress.com/2014/11/20/theory-of-relative-it. This is purely fictional in nature with its base on fantasy, as you can see – but the idea is real and applicable anywhere, especially when equality and freedom of choice are denied 😀 *The images used in this post are screenshots from my time spent in one of my favourite games, Age of Wonders: Shadow Magic. There are influences from the same game and another two games Disciples and Overlord, as well as The Lord of the Rings.

On the top of the tower of Pling, the five wizards joined on a feast. The eldest one held control over the Sphere of Life, followed by the four younger ones holding powers over the Spheres of Wind, Earth, Water and Fire respectively in the order of their ages. The joining of the five Spheres was significant to create a wall of magic on the day of Christmas, when the stars aligned with the underworld, forming a passage between the worlds. For years, they have done the same, making sure that the worlds don’t touch each other.

“The world has been saved, for now. We are doing great as usual” announced the Wizard of Life.

“But you need to save the world again” added the Wizard of Fire. “You have to tell your son. He is not following the Dwarven engineering. See the sons and daughters of our wizard brethren and the sorceress sisters, and some of them even possess the Elven healing skills, taking training from the high elves. You should have taken him under your wing and forced him to follow you. A young kid should always grow up under his father. Mothers know nothing about leading the children in their path, and relatives of the mother are always quite bad” he said.

“Professionalism is the path, you know. Dwarves are skilled people. If he was trained with them, he would have been working in an armoury by now, making weapons and earning money in gold. Just look at how well my son is doing. Money is a very important thing in the world of magic, or may be it is the most important thing, as there is limitation to what sorcery can do. Even we are getting weaker in power due to the development of science” remarked the Wizard of Wind.

“Just send him to a centaur then. He can teach him enough to be successful in life. We can’t have young wizards wandering around without associating themselves with the Dwarves or the Elves. They have to learn engineering or medicine. Otherwise, what is different from them and a bloody underground goblin or an orc from a cave?” asked the Wizard of Earth.

The wizards join at the central tower…

“May be there is still time for him. It is the best if we don’t interfere much in the lives of the children, right? I think we have already did that a lot, or rather too much in the case of your son” said the Wizard of Water.

“We have saved the world again. It is so amazing isn’t it? I have never thought we could do this good. I mean, we don’t have that much of a great background, right? So we should be doing a lot worse” said a thinking Wizard of Life.

“Yes, it is a big achievement that we have come so far. We are just below average people holding a wand and chanting spells about which we have absolutely no idea. But we are still moving away from the topic” said the Wizard of Earth.

“I don’t think that my son is the only problem. There is also that daughter of the sorceress of the mountains who has gone for social service among the Wood Elves. How could she do that? We belong to an elite class. We don’t do social service. We are wizards. We don’t go down the level, we have to go high up the ladder, and all these sons and daughters in our family have to be ready for the higher calling, making as much money as possible in the process” said the Wizard of Life. 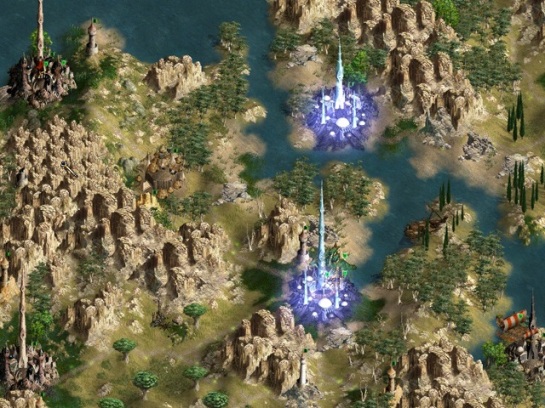 The rest of the world outside the Dwarven-High Elf territory

“You can say that with ease. Your sons and daughters are already part of the Dwarven heavy armaments engineering system. Here, we have children who are going the wrong path. Our elder wizard’s son is creating literature with Halflings! Can you believe that? I mean, they are just Hobbits in disguise. Writing worthless things and working in the local garden. How can we approve of such a thing which earns no money and is not a high class profession? asked the Wizard of Earth.

“He has still not mingled with the undead yet” said the Wizard of Water.

“An engineer is an engineer. It is a title that the Dwarves directly pass on and is worth a lot in the society. Now, he has only one option. To be a teacher. He has to go to the dragon scholars for that. The wise dragon hybrids can teach him how to be an educator of spells, something that can improve his skills a lot, and will speed up the process of becoming a wizard” said the Wizard of Earth.

“Or make him do some business. He can start a business by selling magic wands in the market. As he has wizard blood in his veins, he will be successful, and soon can become the best in the business, as there is no established wand-seller in our realm” said the Wizard of Fire.

“We should consult the sorceress group to finalize on this. After all, we shouldn’t let out sons and daughters have free-will. It is only our opinions that should count. We also have to bring some opinions about the grand-sons and grand-daughters wherever applicable, and shouldn’t let them take decisions by themselves. We are the wizards who know everything, and so we should interfere. Remember that I have better control of the Partial Sphere of Mind more than you all do” said the Wizard of Life.

“There can still be a few things which should be left to the children” said the Wizard of Water.

“I know not many things of that kind” added the Wizard of Fire.

The wizards packed their magic wands and set on a journey to discuss and come up with ideas to make sure that none of their children will follow a path out of free-will. They had to deviate them because they knew everything and were the saviours of the world. Two things ran through their minds – engineering and medicine; they had to bring the dwarves and high elves to come and persuade their lost children to bring them back on the path by displaying engineering and healing skills.