It is already July! Time does run very fast! And you know the season! After a tough summer, Kerala entered the monsoon season a little late and has had its effects of the heat for a longer time just like having those pre-monsoon showers a lot more than the last year. Yes, the temperature has indeed increased in the God’s Own Country, and it also feels a lot more hot than the recent years. There is a certain amount of burning feeling in the presence of only a lesser number of trees, especially in the towns and the cities.

Summer might be the best time for having those sip-ups and ice creams, as we remember those days from our school-time. But it is not summer any more, and one has to wonder what is to have during these monsoon days. It is surely not those milk shakes which made us feel awesome during those summers. Even with the rise in temperature, the rain cools things down all of a sudden. So, what would replace the ice creams? Well, there might be many options with sugar content, but honey is a lot healthier substitute to the same.

Honey makes sure that there are less calories involved and a better management of weight can be done; even skin got its advantages from honey. People spend too much time at the gymnasiums to reduce their fat and at the same time, they also end up reducing the weight of their pockets – not more fat wallets either. So, honey remains that fine source of energy and keeps you healthy and a bit more wealthier than having to go for fitness and eat those costlier things made of sugar.

Along with jaggery (known in Kerala as sarkara), honey can boast about its health benefits, and even above that, related to the lack of threats to one’s health. It is natural and is known factor that helps in digestion. Honey is known to make a difference in health not only in the Ancient Indian texts, but also in the Ancient Egypt as well as the Greek city-states. The ancient scholars from all religions were quite aware of the same, until science came up with other alternatives which were not natural.

Honey is also one of the panchamirtham. You can find something about honey in most of the religous texts and also the derived works. The Native American Civilizations, especially the Mayans knew it and so did the Chinese. Mayans actually considers the stingless bees of Central America as sacred. The myths all around the world give a special significance to honey. It is also a known fact that in the grand surviving text from the Roman Empire, Naturalis Historia by Pliny the Elder, we can see that the author dedicates a lot of area for the honey and its makers.

Honey is often considered as a good choice to make the immune system better, and people often use it against allergies even though done without certainty. People with throat problems are also known to have more of honey. I have a good number of aunties here who are always telling their children to have more and more honey. Some of them ask whether they have actually had honey on that day before talking about anything else. Honey is often like something which removes the worry of the parents who are concerned too much about what their children are having.

Dabur Honey thus becomes an interesting and valuable substitute for all the sugar that we take in, and the substitute can stop us from moving to the high blood sugar status, but we are all going towards the same. May be there is a point to stop and shift to a better alternative. It is the healthy and balanced diet that we all need. But the question still remains if we can follow that. May be with Dabur Honey popularizing the same, and honey getting to be an even more popular thing, it is still possible to have a Honey Diet!

You can check out Dabur Honey @ http://www.daburhoney.com/

There might be nobody in the South who doesn’t know Allu Arjun. A more intersting fact is that there might be not many people in Kerala who doesn’t know him. Well, Kerala’s love story has been mostly with the Tamil movies and those wonderful actors who have been mostly acting in the movies from the state which shares the most boundary with Kerala. Well, the credit should mostly go to two of his movies, Arya and Happy which were dubbed into Malayalam from Telugu and were big hits here.

Other movies like Bunny, Desamuduru and Parugu were also dubbed into Malayalam. Arya 2 was also a big hit in Kerala. He was recently in Kerala to promote his movie Son of Satyamurthi and there is no stopping his influence here, as he is more like Mallu Arjun here. As people would expect, it is all about the moves. The dance sequences make him the crowd favourite – he is the only person whose poster was around our department in college, and that too in that dancing pose. 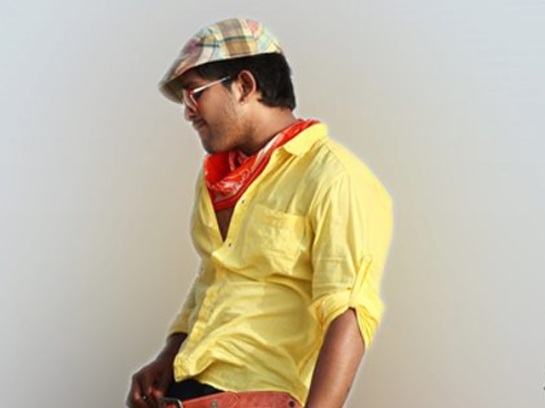 About Anushka Manchanda, “Na Jaane” from I, Me Aur Main is my favourite song sung from her, and another remix, “Dum Maaro Dum” comes next. Along with Shreya Ghoshal and Andreah Jeremiah, she might be the prettiest singers around. When dance and song comes together, there is nothing like this combination of Allu and Anushka. There will be such amazing energy when they are around. It is all about energizing life with #MaxFreshMove.

There are too many of ordinary days in our life. Most of the time, these days bring nothing interesting at all, but not if these two are around. There are those usual moments, and then there are the moments of #MaxFreshMove. Consider a beautiful monsoon day morning; it is dark and you have just had a cup of tea – what can such a performance do to your day other than making it closer to an early perfection?

Most of the Keralites would agree to this combination, no doubt about it. There will be no shortage of energy – some of the malls around here surely needs something like this powerful combination. It is a dull world as of now, as people only flock to one particular mall, and at most of those places nothing interesting really happens – even the selection of movies at the multiplexes are pretty much bad. There are movies which won’t release there and there are a few others which disappear too fast.

A few amazing things would include having a movie in which these two are performing, Anushka with the music and also a little bit of dance, and Allu with most of those steps. I have heard from people about Allu Arjun being able to dance even when the world is going to end – some fans considered it as a negative opinion, but I would say that it is more of a compliment, no matter what the real intention was. It takes a lot of skill to do what he has been doing in the last few years – bringing the #MaxFreshMove.

Even if it is for the movie song, I would surely prefer Anushka as the pair for him; as the magical voice can join with some nice moves from herself too. Allu Arjun has the energy in the dance which can make things happen, and so it can only get better with this beautiful lady around. It can be a dream sequence somewhere far away, because it is a dream combination with them together. We need some dance and music, and then Allu Arjun and Anushka Manchanda become the dream with #MaxFreshMove!

***The images used in this blog post are from the Official Facebook Pages of these two special celebrities whom I have been talking about.