There is something about relatives that we will never understand. Yes, there are those topics related to getting a job, finding oneself in matrimony and others, but this is more about being right and logical. Here are a certain examples of strange logic that I have found among them. The surprising thing that this logic is applied so much that I had to wonder if it is passed on to others through wind and water. Maybe it is a kind of infection, like what that zombie apocalypse brings as we have seen in Resident Evil and Warm Bodies.

We are doing you a favour by coming to stay at your place: I actually heard this one first when I was a child. Then I heard it again and then again. There were people coming around because they had to attend a course from our place, or because they had to attend exams or try some job. But the logic here is that they were coming to look after me and some others were going to give company to the little me. I should have been very desperate for company according to these ideas, but I don’t remember much of being given company – oh there was someone, and that one was a bloody video game.

Some of these people might even remember this from a long time ago. Many years later, these people are going to say that he or she had stayed with you and took care of you. We won’t even remember and they will ask us to do something for them just because they stayed with us. Share my computer, share my internet and share my food, and this is going to be like doing a favour for me, right? Help should be unconditional. There are a few people with whom they can try the same thing – the aliens at Uranus, the zombies asleep in the graveyards, the dinosaurs at Jurassic Park and the sweet little crocodiles from Lake Placid. 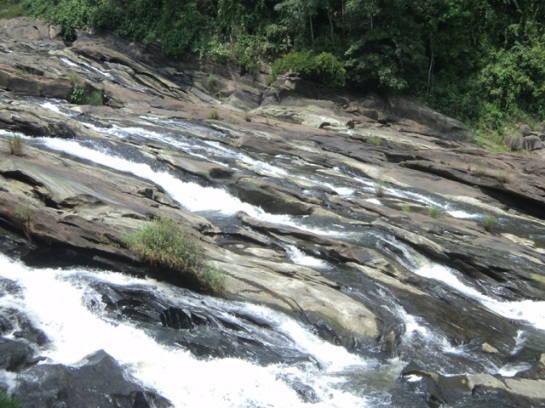 Maybe the journeys are not that smooth – but people are often too intolerable!

We are doing you another favour by letting you stay at our place: Okay, this is somewhat true, especially when we make that choice to start from there to attend a function far away, or maybe even to attend exams. But I haven’t used any relatives’ place as base for such a thing. I have tried to avoid staying at any place because this is how some people are going to see things. I have been thinking why I should bother some relative by giving him or her trouble. Yes, there are people who really want us to stay, and I have stayed at a few places because the insisted, but generally that is not the case.

You should help us because you will need our help in the future: The great oracles of these lands! They never really lose their charm, do they? I wonder if they take oracles at Delphi nowadays too so that these people can be transported there. Their special powers are also forever because they had once predicted that I am not going to finish even my graduation; forget the post graduation. They are continuing to make such predictions, and I hear them being experts in the same. This prediction about me needing their help has been made long ago, and I don’t usually see them ready for help.

But I decided to provide help in return for a cup of tea; why should I help them because there is a chance that they might help me later? Isn’t helping our friends and relatives what we should do anyway? Still, I won’t be able to ask these people related to even those little things. What makes me wonder is why they can’t even give one share to a post of mine? I asked them to share my review of Charlie, and nothing happened. Yes, they have time only share the posts about whatever makes no sense along with those silly jokes.

As you look far far away, what is it that you see other than conditional help?

You are to provide us some help because we are going to be rich: Some people are really going to touch the clouds in the next few years because they so. Some of them have already touched the clouds just because of being married and having job. Some of these people are already helping each other because they think that the other person is going to make it huge and earn a lot, along with marrying someone from a rich family. Such great expectations there – it is a shame that people are nice to others just because the other person is going to have a lot of money in the future!