Nenjodu Cherthu – Yuvvh (2012)
I don’t usually add albums music to any lists, but this one was special. Directed by Alphonse Putharen featured Nivin Pauly and Nazriya Nazim as something which came before Neram which was from these three, and having the same pair as the movie Om Shanti Oshana, this one is gives a mesmerizing feeling. It is too cute; special mention for the action if she brushed teeth before having tea, and she is like there is no need. I came to listen to this one much later, and that was a shame – I should have listened to people at least when they talked about music!

Etho Sayahna – 10:30 AM Local Call (2013)
I remember listening to this music somewhere while on the bus, and searched a lot, and finally found it while watching this movie on television. I didn’t know where to find this one as the movie wasn’t a hit, but it was actually a good one; the song had somewhat lost because the movie lacked big stars at a time when dumb movies with superstars did better. The lyrics are also too good, but even without knowing the meaning of them, this one is too good. Shritha Sivadas looks stunningly good in this song too. This has been my long time ringtone and dialer-tone.

Shyamambaram – Thattathin Marayathu (2012)
I do expect a lot of difference in opinion about this one, but this is my favourite song from this movie which made the future better for not just Nivin Pauly and Aju Varghese, but a lot of others. No offence to “Anuraagathin Velayil” and “Muthuchippi” which were the bigger hits and thus the better known ones, as even though they were beautiful too, I would prefer this song from the movie because I could feel this one having the heart and the soul of Thattathin Marayathu and that wonderful feeling. I define the movie with this song, and it is the only song from the movie that I still listen to.

Karmukilil – Bachelor Party (2012)
There are many other songs, and there is this one which has almost no match in the way in which it is taken. The movie itself is visually superior, but that is all that this movie could manage, and still the song could rise above the flick. In a movie in which everybody shoots all those who are in sight and nobody knows who is dead or why some others are not dying yet in a world of endless bullets, this song came like something of eternal beauty on the big screen. This also have those moments when you can’t do nothing but admire Nithya Menen, and you also have to applaud Amal Neerad for the visuals.

Oru Mezhuthiriyude – Visudhan (2013)
Kunchacko Boban and Miya George are part of this beautiful song in an average movie which had more scope. But this might have still been the most talked about song of the year, and there might be nobody who has talked bad about this one. Still, the ending of the movie is so touching and tragic; giving a powerful feeling, which it taks from this song itself. Here is another song which makes one strongly believe that the music will survive the ages, and is beyond all barriers.

Ven Megham – London Bridge (2014)
This has been my favourite for multiple reasons, as along with the music, I love the visuals which involve the beauty of England and Scotland with those places which I have visited, and the cast is like a dream – Prithviraj Sukumaran, Nanditha Raj and Andreah Jeremiah; plus those lyrics which seem to go directly into the heart, may be not that effective for everyone with their favourite destinations and viewpoints, but certainly working perfectly for me. The other songs in this movie are also visually too good.

Mazhaye – Pattam Pole (2013)
The song and the movie are the opposite extremes, with the latter making a sadistic approach to eat the brains of the viewers with unparalleled zombie power. But the song is like an eternal tribute to the rain and the monsoon of Kerala. I have hoped for not having seen the movie to enjoy this song more, but I have watched that terror, and I do try to forget that terrifying experience of artificial love and romance which is difficult to get rid of. But lets listen to this beautiful song from the movie and hope that it goes away! Let Pattam Pole go and let the song in!

Jupiter Ascending is the latest addition to the long list of science fiction movies in space as it follows the path of Guardians of the Galaxy. It is clear that the critics are biased on this one if we compare the ratings given to this one and a number of similar movies. May be they completely failed to get the point. Unfortunately, the 18+ rating mostly slams the door for it here too, when it could have been a big thing here otherwise with nobody knowing or caring about The Spongebob Movie: Sponge Out of Water.

They should have thought more about it – this might be one of the biggest mistakes that they have made with a movie which has kept the fans waiting for so long. They should have known the kind of audience to target – those who go for Captain America, Spider-Man, Iron Man, , Hulk, Thor, Superman and such audience. It might be a box-office flop because of the prejudice and the failure of people to catch on to ideas, but there are a few paths which this movie can follow with the story for a sequel. 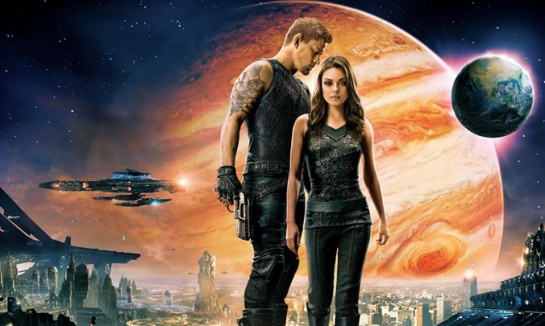 1. The war between the successors: We are left with members of alien royalty not really able to stand each other as they hope for more conquests. Along with battling for the same worlds, there can also be war for acquiring those planets far away in other galaxies, and with our heroine basically against the idea of harvest, sparks should fly with this one, and the visuals should get the best boost. The action sequences can also be nicely packed with the visuals here. Mila Kunis will have a bigger and a stronger role to play in this one as the Queen of Earth and the rest of her share.

2. The defence against other royalty: Another possibility is the war against a better equipped alien race which can claim for the divided thrones, and in this case, even with hatred against each other, the members of the royal house can unite, but not without leaving chances for some treachery. The common enemy can be ruthless, but the differences remain, testing one’s allegience. Our hero would have a bigger role to play in this one, making those decisions which are beyond the direct control of royalty. There will be huge and better designed space ships, aliens and gadgets with a nice race of royalty entering the action. 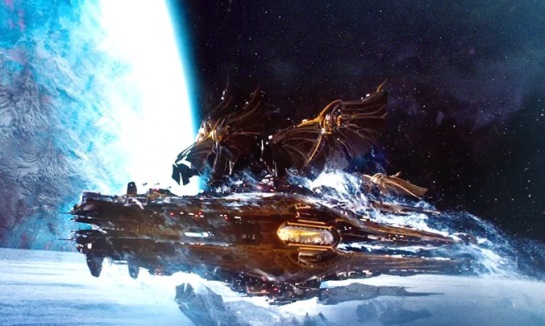 3. The return of the master villain [spoilers here]: We know what happened by the end of the movie, and you better don’t read this paragraph if you don’t want to know before watching the flick. But otherwise, there was the supposed end of the biggest antagonist and the owner of Earth who hoped to harvest the planet for the serum that would give him eternal youth. Well, we can’t be sure that he was dead there, and in a movie like this, there is very low chance of people remaining dead. Ask Groot of Guardians of the Galaxy. Even Interstellar had our protagonist not dying even after going through the black hole. Megatron of the Transformers franchise know the best about how to keep coming alive. So, we can have him better here.

4. A background story of royalty: This one can go on without having to go forward with the tale. A prequel telling the original story of the royalty can do this movie a lot good as long as the plot is solid. Mila Kunis can keep her role, this time as the mother, and this origin of the harvest in Earth can have a better and clear explanation. Everybody needs an origin story, and what we have here only works as an origin tale for Jupiter Jones. A lot more goes back in the past, and that can be nicely explored to give this movie more power. It will also be a work of immense beauty on the screen.

Jupiter Ascending could have had better business here with another certificate and more shows. Its sequel or prequel should do better than this one for sure. This was kind of a perfect week for its release considering the fact that there are no big challenges for its genre this time, and most of the theatres choosing The Boy Next Door instead of this is a big shame. People only need movies which brings things too direct like Guardians of the Galaxy or be the pseudo-intellectual like Interstellar, I guess. But if you haven’t watched the visuals of Jupiter Ascending in 3D, you have seen nothing. Check for my review on the same: (https://moviesofthesoul.wordpress.com/2015/02/06/jupiter-ascending)

***All the images used in this blog post are from the official Facebook Page of the movie.