I watched as she opened that blank notebook, and I sat beside her under that zapota tree. It was the time after tea, and we had the river flowing by our side. She kept looking at each page of the book until she reached the back cover.

“There is nothing in this book. There is not even a single word or page number” she told me.

“Of course there is nothing. It is not supposed to have anything. A blank notebook was all that was supposed to be there” I replied.

“It should have what we need, right? Shouldn’t it be about our future? At least it should have something about our present life, don’t you think?” she asked me.

“No, it will have what we make of it, with our lives. We begin from here, and what we have will be our memories for flashback” I told her.

“What about our fairy-tale? We were creating the best of them all, weren’t we?” she asked.

“We write it down in this book. The pages begin where the prince gets his princess” I replied.

“And when the princess gets her prince. You know how important it has been for her” she added.

“Yes, when the two protagonists get each other” I said.

“I believe you were writing a Cinderella story. I now know that the princess is going to get her prince sooner than she expected – you need to complete that one” she said.

“I have come to the end of it, which is a new beginning” I told her.

“My fairy-tale intends to be a long one, and I can see that. This one book won’t be enough to contain even one percent of it” she remarked. 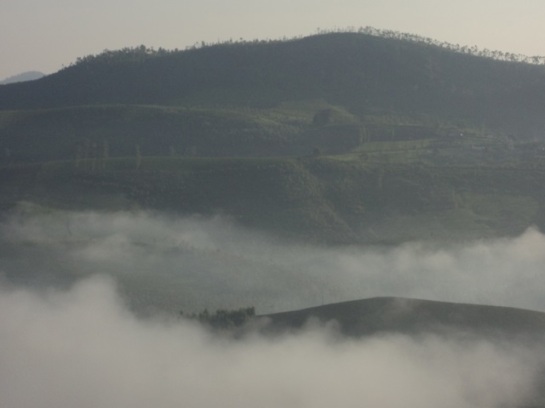 “I have written a lot in my soul already, and I am sure that it has already been read by the one who matters the most. You know how deep the letters go into my heart and soul. So, are we watching that sunset?” she asked.

We walked to the rock at the end of the cliff and saw the sun disappear behind the hills. I took out a pen and started writing on the first page of the book while she looked with a smile that was more beautiful than the sunset.

“What are you talking about? This is not in line with your usual posts. Who is this lady? I know that you are not engaged or married yet. I feel that there is something fishy” said the Vampire Owl.

“Soon, Mr. Owl, very soon, everything shall be revealed. There is no big mystery here, but a few things unknown for now” replied the Vampire Bat.

“You are keeping secrets from the vampire community, Mr. Bat. And I consider that to be a very dangerous trend that threatens our brotherhood. It even causes trouble for the thread that binds us” remarked the Vampire Owl.

“Well, you will know, soon enough. It is quite simple a thing, and tomorrow is the seventeenth, a big day” added the Vampire Bat as he disappeared into the darkness beyond the woods.