As you might have seen in the advertisements, International Premier Tennis League (IPTL) begins on 28th November, and with the Indian Aces team being part of it, there is the scope for improving the status of tennis in India, improving the number of fans as well as the media attention. But as far the quality of tennis in India is concerned, I have my doubts about it, as a league might not be something that works with this sport as much as it does with a team game. There is also no scope for young Indian players unlike in IPL or ISL.

Still there was the big twist about it, as Rafael Nadal withdrew from the Indian Aces citing injury, and Roger Federer replaced him, and it would surely mean a lot of more ticket sales. There is nothing like having Roger Federer playing in India for the first time. There is also Ana Ivanovic, and Pete Sampras who significantly boosts their respective categories. I would say that choosing Gael Monfils was also an interesting decision considering how much of a surprise he can keeping bringing up. It is our chance to cheer for India in tennis, and Micromax Indian Aces is a star team worth our applause. 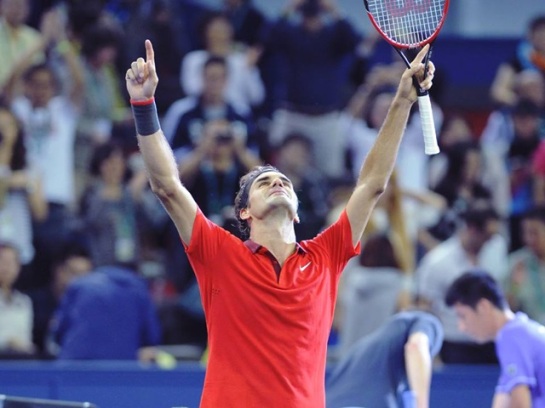 As all good things begin and end with Roger Federer.

But the challenge seems evenly adjusted for the teams from four nations across Asia. We have four teams with players of different styles and most of them having not played each other much at all. The result cannot be predicted that easily with five divisions of matches to be played. The matches of the past champions will be very much unpredictable, as it gives us an opportunity to watch splendour on the court. Then about mixed doubles, it is going to bring us lots of suprises. 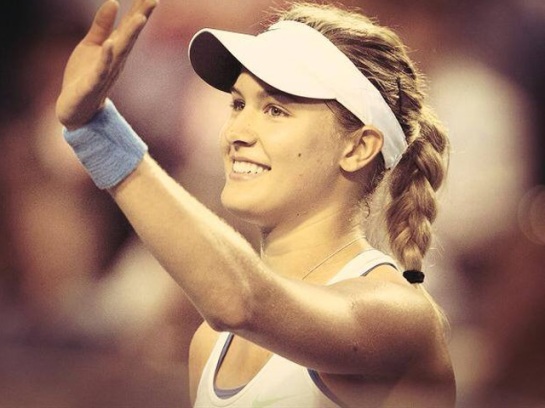 You can also choose to join the Genie Army 😀

We are introduced to some of the greatest names in tennis here; there are the current champions, the legends from the past, the surprise packages and the rising stars. Singapore Slammers got a strong women’s side with the power of Serena Williams, while UAE Royals is a balanced team with another strong women’s side – Eugenie Bouchard and Caroline Wozniacki in the same team? That calls for support. 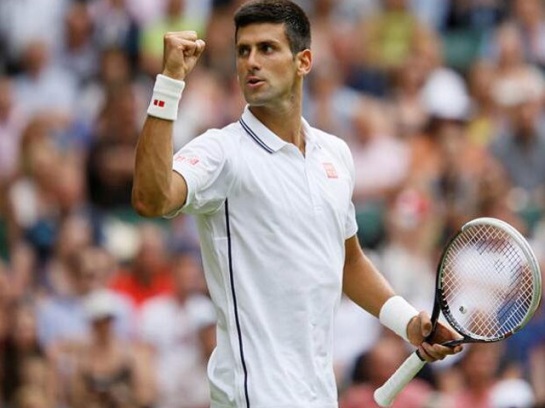 And there is always the Djoker looking for his opportunity.

I would consider Manila Mavericks as the weaker side there, but still having some power to surprise – having Andy Murray and Maria Sharapova guarantees that. This is not the usual tennis stuff that we might see here, and so our guess work might most probably won’t work at all. I would have loved to see Simona Halep and Agnieszka Radwanska playing in the tournament, but unfortunately, that is not to be. 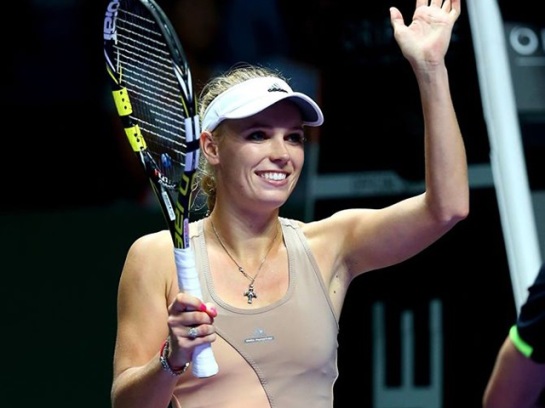 Happy days have been returning for Caroline Wozniacki.

The tournament happens for three days in each of these four nations. The points are won for the team by players winning matches – Men’s singles, Women’s singles, Men’s doubles, Mixed doubles and Past champions’ singles, and then by winning the tie, four points are added to the table. There is also the provision of two points or just one depending on the performace from the losing side. There will be tie-breakers at 5-5, and the action will be faster with less time taken between the points and sets. 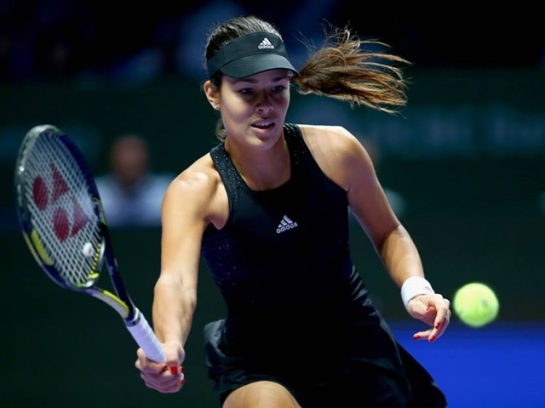 Ana Ivanovic, another big name for the Micromax Indian Aces.

There is also a seven point men’s shootout to be played in case of a tied score too. There is sixty second coaches time-out, there will be power-points which will count as double, and there are lots of other things. Yes, it has me somewhat confused about how it works beyond the tennis match – I care less about that though. Here, entertainment is surely guaranteed, and this is more like a great collection of incredible exhibition matches. It will surely bring something to Indian tennis as far as the number of fans are concerned, and it might be quite small, in my opinion. *All images are from the Facebook pages of respective tennis players.

I have been watching tennis for quite some time now, and I have watched and admired many players, but none so much as Roger Federer, who redefined my days of watching that game which I have never played and might never play. I have spent hours just watching the maestro play, and have watched almost all the grand slams he has won, mostly as live action and sometimes in the form of highlights.

I have also admired Novak Djokovic with his game on a lot of occasions, and has considered him a worthy successor to the number one title which he is holding now. When coming to the women’s tennis, it has never had a clear favourite player in my list, as there used to be Maria Sharapova, replaced by Caroline Wozniacki who still remains one my big favourites, Agnieszka Radwańska who is there forever, and Eugenie Bouchard whom I occasionally root for as part of another army – Genie Army. 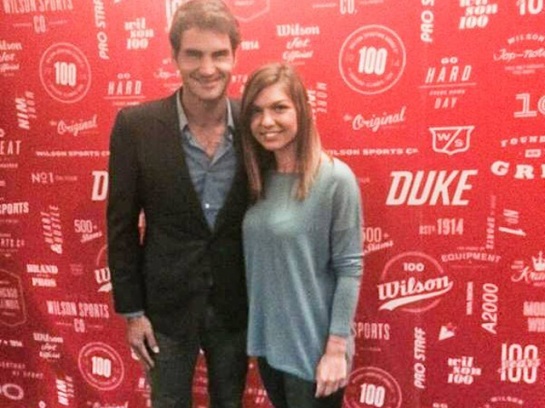 Roger Federer and Simona Halep, my choices for every Grand Slam 😀

Then there is Simona Halep, whom I have been supporting for months now as the latest addition to that list. Along with supporting Roger Federer, I have been wishing that she had one the women’s division too. I might still name my cat Agnieszka who have been the fan favourite player for the last consecutive years (and mine too), but the admiration for Simona has been something that has been growing like a vampire’s fangs. She is not screaming and doing all those strange actions on the court like some of the other players who overdo the same. 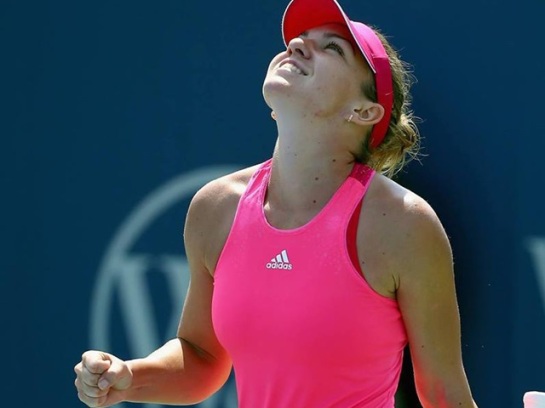 It is a feel-good moment when she wins those points 🙂

Ever since reading Dracula, I have always wanted to visit Romania, and support the nation in something, and Simona is the answer to my prayers to find something for the same cause. Yes, another reason to love Romania here, and I was actually surprised at how much she has come up in the rankings all of a sudden and how well she has improved her game. Well, it is still safe to say that not many people from this part of the world knows her yet, and that is rather a disgrace to all kinds of sports. 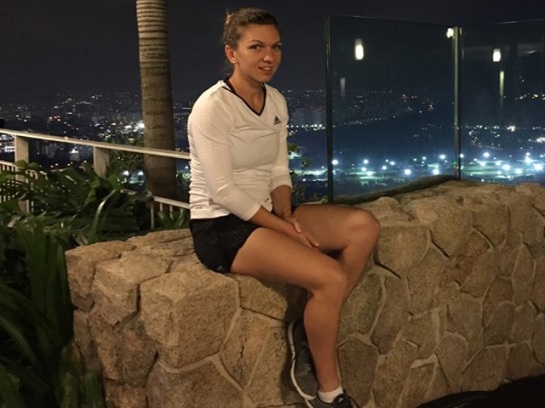 Always looking good whether on the court or off-court!

The twenty three year old from Romania has jumped in rankings and has arrived and settled inside the top ten of WTA Rankings, and now sitting steadily at number three below veterans Serena Williams and Maria Sharapova. She looks small, but has such an intelligent game to take on the stronger opponents. This was achieved after being a rather less heard name in Women’s tennis, which with frequent serve breaks, has been such an unpredictable side compared to the men’s tennis which has had the big four of Roger Federer, Novak Djokovic, Rafael Nadal and Andy Murray. 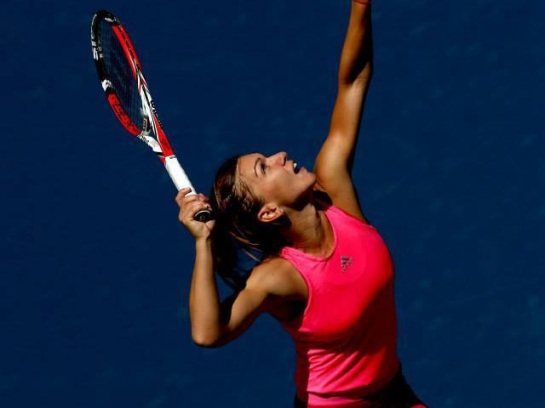 Hope she wins the next grand slam and more 🙂

She came so close to winning the Roland Garros this year too, but there is a thing about the French Open, as it is too elusive for the best players and those who play beautiful tennis. After having not that much of a good record in the grand slams, she could rise to the occasions this year reaching the final of the French Open and the semi-final of the Wimbledon in an year which saw her rise which also lead to the demolition of Serena Williams in the WTA Championships even as she lost in the final to the same opponent. 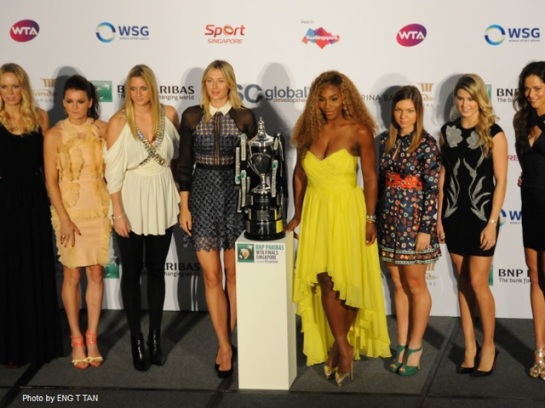 Among the players who are doing so well in the WTA, I would vote for Simona Halep this time, and the player who recently turned twenty three and at 5 feet 6 inches among the shorter top players, seems to be the rising star for the future of women’s tennis. Lets hope that she continues to play the wonderful tennis that she is producing and keeps us admiring her talent. *All the photos in this post except one are from the official Facebook page of Simona Halep (https://www.facebook.com/simonahalep)