There might be many islands which you know for the scenic beauty, but Kumbalangi is different. You will know the same, as I have known it from my childhood itself. It might be the same reason why it was chosen as the perfect setting for Kumbalangi Nights, one of the greatest films of the century, a flick which should have been nominated for multiple awards including international ones. With some fantastic performances to go with that background of Kumbalangi, the movie became the best of India, a thing worthy of sending for Oscars, even though they don’t seem to have considered the same in favour of some lower class films. I guess it was Gully Boy which was nominated during that time, much to the surprise of sensible people.

There, we stayed at the Kallenchery Resort, a place which we have preferred for some peaceful times for some years now. We celebrated my birthday there, and that proved to be the perfect one, with all settings being done there, and we had also ordered customized food – even though the place is known for its great seafood, the Paneer which we ordered was superb too. Kallenchery itself is an island which is connected by a small road to the island of Kumbalangi, thus making it a remote area – – it is the inner area of the village which provides a lot of view. This resort itself is getting more developed during these days, and during the next visit, I would expect things to be even bigger, as hope for a new dawn past COVID-19 is certainly there. 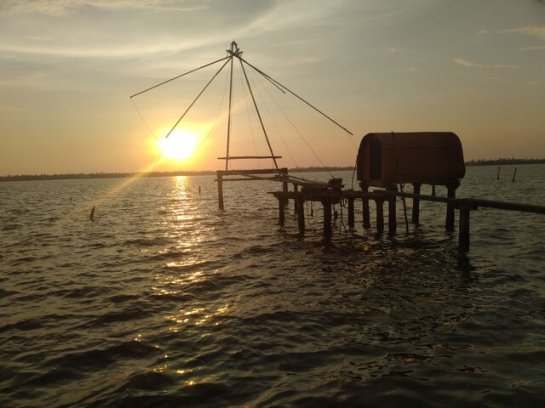 You have to be there for the sunset, every time.

You watch the sun setting in peace, and so do you have serenity. 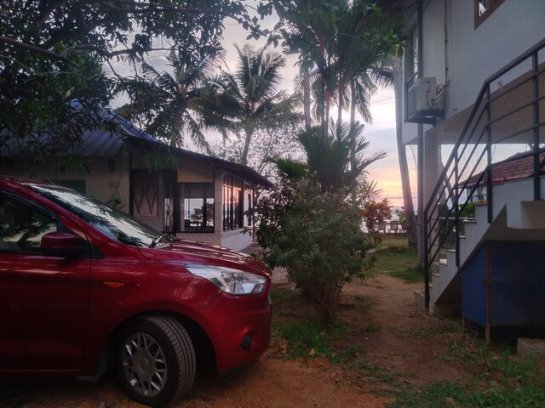 Ford Aspire had a journey to remember past the city. 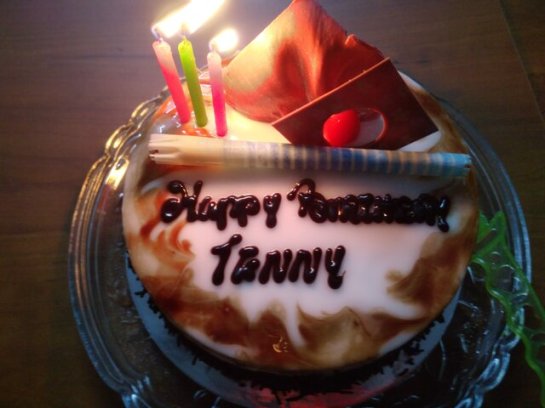 They brought one of the best cakes we ever had. 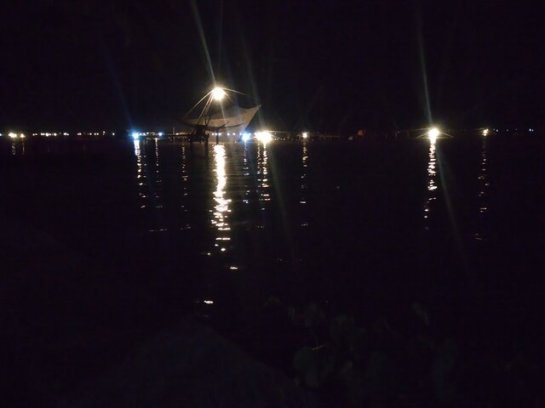 You sit and watch this throughout the dark night. 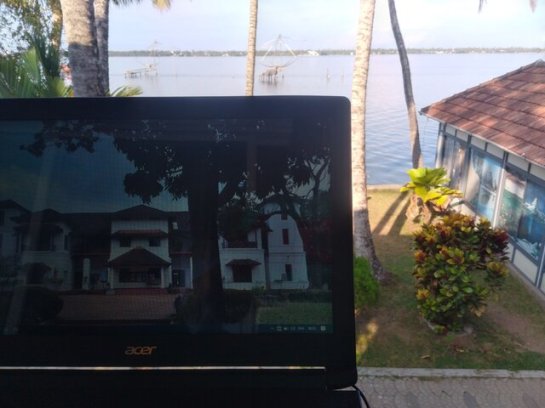 Always spend some time to happily work from Kumbalangi. 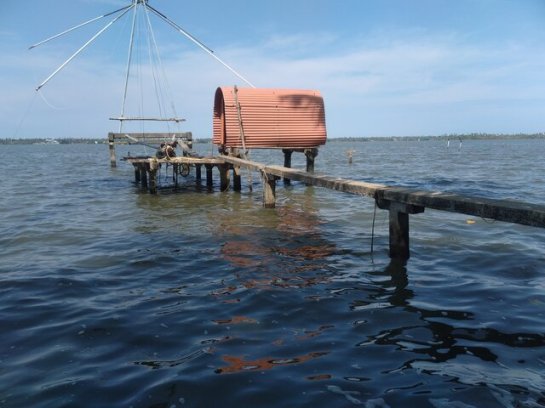 The Chinese Fishing Nets make your perfect reflection of the world.

There is always a lot of space to walk around this resort. 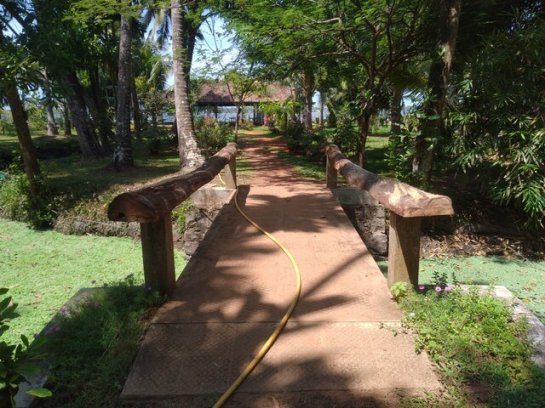 You move around & find that the money spent here is worth it. 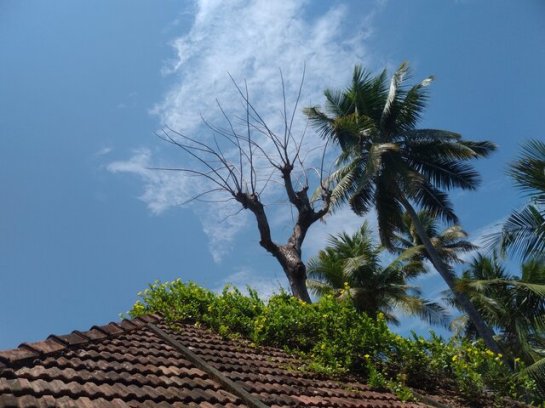 Just the random nice shot which you get by looking above.

<— Click here to go to the last published review.

One thought on “Kumbalangi Nights and Days”