Among the many things, Kochi has also been known for its islands. I had earlier written about Kumbalangy which is a model tourism village and an island which has become quite popular in the recent years for its serenity and natural beauty. This time, the post is going to be related to another island, which is situated on the Vembanad Lake itself and has its own beautiful areas of backwaters. There is no shortage of natural beauty here either. Vallarpadam is situated between two other islands, Bolghatty and Vypin, and the port of Cochin is partially situated here with major portion going to Willingdon Island which is the largest man-made isle in India. The Bolghatty Palace as well as the Kochi Marina are close, with the Goshree bridges opened about twelve years ago.

Vallarpadam is home to the International Container Transshipment Terminal as well as the Basilica of Our Lady of Ransom which is also known as the pilgrimage centre dedicated to Vallarpadathamma. It is one of the most visited Marian pilgrimage centres in Kerala along with the popular pilgrimage centres at Koratty and Kuravilangad. There is a nice view possible from the top of the church towers. With the location being very close to the city with the Goshree bridges, and connected to the other side by the new Container Terminal Road, the popularity of the place has only increased. The journey through the road is smooth without much traffic and a nice scenic view. The travelers on two-wheelers at noon will feel the heat though.

The journey to Vallarpadam has some nice scenic areas.

The idea of stopping on the way will be nice.

You have surely seen this one before, remember? 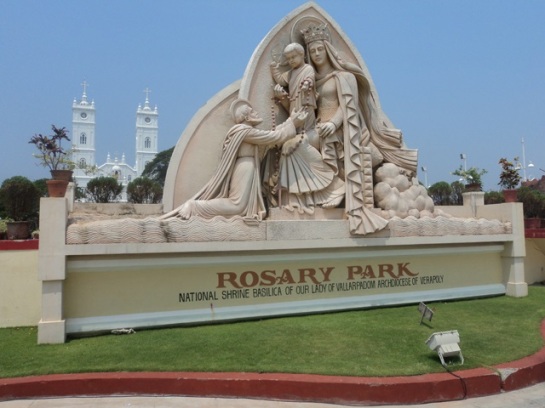 The Rosary Park which is associated with the church.

The church’s last renovation has made it look huge.

A look from the top of the church tower becomes a necessity.

One side of the Rosary Park – interesting views all around. 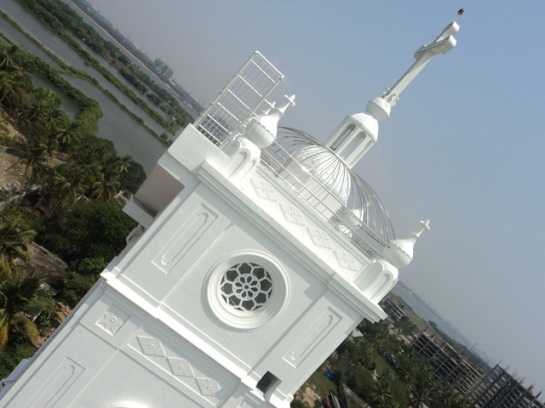 The Two Towers: From one to the other.

You stop the car and take the photos – I don’t see why not. 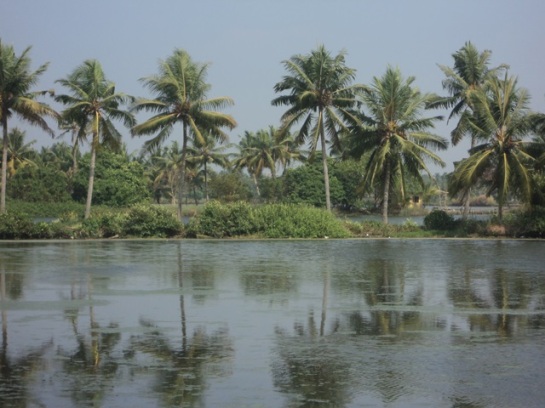 Then you take more photos as you keep stopping 😀

***The images used in this blog post were taken by me on my Sony Cybershot DSC-W310 on the way to Vallarpadam from Aluva and at the island. Btw, click here for the movie choice for Christmas 2015 season.

17 thoughts on “An Isle and Two Towers”