If you look through the map of Cochin, you will see a number of island all around, and among them, there is one which is going to be the focus in this post – Kumbalangy. Located about eleven to thirteen kilometres from the popular tourist spots Fort Cochin and Mattanchery, Kumbalangy is that extra location which one can visit while going through the usual destinations around the City of Cochin. Yes, you don’t really need to make those two places with monuments that crowded, for there is this option where you can spend the night peacefully. 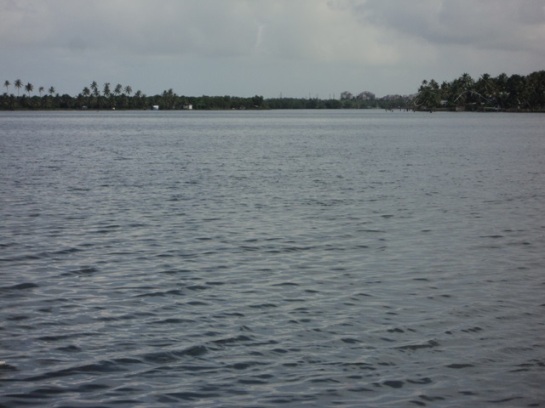 You get to the model tourism island – Welcome to Kumbalangy!

It was some years ago that we had to take the ferry to get to the island of Kumbalangy. There was no bridge connecting Perumpadappu and the island, and when I was a child, I had to take the ferry to reach the island. There were two boats operating, and the vehicles and some of the cargo also joined us. The journey to the island was not something that I really cherished during that time. But things have changed with the new bridge being built and Kumbalangy finding its position in the tourist map of Cochin with ease.

Do you wish to be welcomed be the coconut trees for a change?

It was in the year 2003 that Kumbalangy was selected as a model tourism village by Kerala government, seeing its potential. The same has transformed it into a model fishing village and a tourist location which is getting more and more popular. It is associated with my childhood nostalgia, and now it is a lot more. Now, Kumbalangy is the place where you can really go on a trip, and it might be the next big tourist destination around Cochin as there is a lot of peace all around, and the place is also quite easy to reach.

The Chinese fishing nets – you will keep seeing them.

There is the city service bus facility available from Aluva to Kumbalangy, and you can also choose the Perumpadappu buses and get an auto. There will be AC and Non-AC low-floor buses starting from Aluva, Angamaly, Perumbavoor or Cochin Airport which will go to Fort Cochin and Mattanchery and you can get down at Thoppumpady to choose another bus to Kumbalangy or Perumpadappu which is just the other side of the Kumbalangy bridge. The island is just about eight kilometres from Thoppumpady too. Well, in one way or the other, it is part of Cochin and Greater Cochin Development Authority should agree.

As you look far far away, what is it that you see?

The distance from the Cochin International Airport is about fourty five kilometres. It is almost the same distance to Aleppey and its backwaters. But the backwaters of Kumbalangi and its fishing nets will make sure that you don’t really want to leave that early. The availability of the option to find peace and happiness not that away from city is a boon. Kumbalangy is also a nice eco-tourism centre. It is also only about fourteen kilometres to the city centre, and so everything is easily accessible from there, even though there will be the problem of traffic at some points – but it depends on the time when you are traveling. 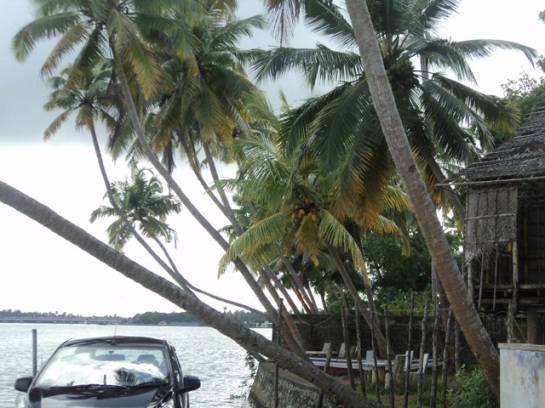 You just need to travel thirteen kilometres from the Ernakulam South railway station to reach here, while it will be about seventeen kilometres from the North station. But if you are coming through the road from Aluva on one side or Perumbavoor/Muvattupuzha on the other and beyond, you can avoid the city by traveling through Maradu as it will get you to Thoppumpady. At the island, the most beautiful parts might be accessed through the smaller roads, just like the path which leads to heaven, as it is said. You might need the calmness and beauty here; you can keep bringing this to your mind whenever you are busy. 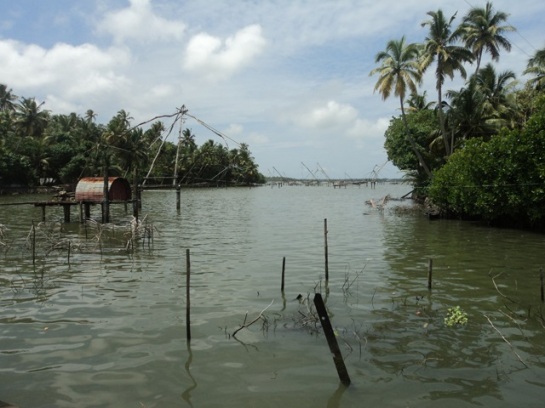 You stop, you look, and you enjoy the beauty of all that is on the way.

At Kumbalangy, you will see a good number of churches and temples. Most of them can be seen on the way itself. You can also travel to the famous pilgrimage centre, the Kannamaly Church from there. One the north-western side of the island, there is another smaller island which is connected to Kumbalangy, called Kallenchery, and it is a very scenic location there. It can be reached by traveling on the road by the side of the village office. There are some nice home-stays there, including the Kallanchery Retreat. New facilities are always being set up at Kumbalangy, and it has been some time since I last made a visit there. Maybe it is time to be surrounded by the backwaters again!

Girl on the 3rd Floor