Vampire Owl: Are you sure that we are supposed to be here? This is the world of the dead and we are kind of immortal. By arriving here, we become the immortal dead which is kind of paradox.

Vampire Bat: You are now an emissary to the world of the dead. We are the only connection between the dead and the undead, which in turn connects the living and the dead. So, lets not think about unnecessary things and wait for the Representative and the Left Hand of Lady Death to arrive.

Vampire Owl: I don’t want to, but that creature is looking at us. It feels strange. What is that thing? I have never known that one.

Vampire Bat: Maybe we should go and ask.

Vampire Owl: Are you sure? It looks angry and frustrated.

Vampire Bat: It looks sad and depressed. We are diplomatic representatives, and we gave immunity against all attacks from the dead. Don’t worry.

The Creature: One plus one plus one and add another one to the total, makes it a hundred; I killed a hundred and I don’t know why even now.

Vampire Owl: I think that this one failed in Mathematics. It is a subject that makes many people mad. A dangerous thing indeed.

Vampire Bat: What is your name, creature?

The Creature: I have had many other names, but for now, please call me The Disfigured. I am not of this world, but I decided to belong here as I was dumb.

Vampire Owl: So, you have nobody to blame. It is really a sad thing. You should make more friends.

The Disfigured: I used to have many, and one day, I lost them all. I made the decision to choose the wrong ones, and that made me miss them all.

Vampire Bat: Why do you talk in riddles, The Disfigured? And why do you call yourself by that name?

The Disfigured: It is part of my penance. I disfigured myself and made me what I am now. The world of the dead has its own special punishments, and among them, I was given the choice; I decided to choose the one which I inflicted upon myself.

Vampire Owl: You are too weird even for the vampire standards. Are you really dead? And if yes, what has brought you to this situation?

The Disfigured: I lived at a place where people of all religions were leading happy lives, respecting each other for their beliefs. I had friends from all religions and communities. I was a religious person, but never felt anything bad about the other religions. I studied science and scored well in the subjects, but kept religion and God close to my heart. But one day, that man came to our land, and he changed things a lot. Even after he left, some people followed his path and made things worse. 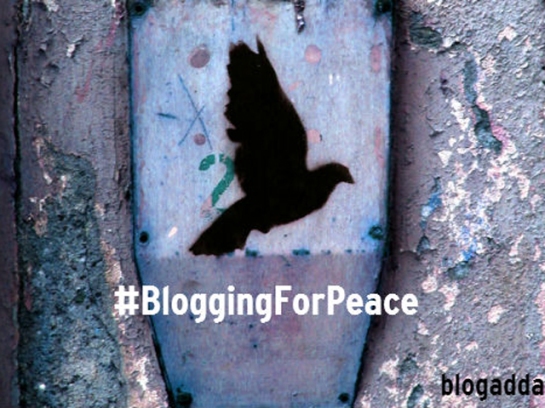 The Disfigured: Something like that, yes. He came to our worship place and told us how the people from other religions will one day come and murder us. He told us that our religion was perfect and the other religions were worshiping the devil, and their cults needed to be destroyed. He brought a long list which he carried inside his huge bag. It was so long and as he told us the problems of other religions and made us believe that our religion was never wrong and will always be right till the end of the world. He gave us the idea that only our religion can save the world with us as the selected people, and that is the will of the God, the right God, which is our God.
Vampire Bat: That is quite natural for some people; but an educated person like you fell for that speech? Didn’t you study a lot of science?

The Disfigured: I learnt things by heart for the exams. That was all which was needed. I was never really taught values with studies. I was told to study everything by heart, get good score, find a job and bring money home. But then, this idea sounded better. I could stop studying and get my reward in another way. I could be a hero of my religion and my people who would keep screaming my name.

Vampire Bat: But what about the people from other religions with whom you were very close? Were they not your people too?

The Disfigured: I forgot them at that time. They were my friends and brothers by love, but I decided to go through them too. I was taught the art and science of murder in the name of God. I had decided that those who said something unpleasant about my God and also everyone else from that religion should die; if the ones from other religions also died, it came as a bonus because only we worshiped the real God.

Vampire Owl: So you killed your own friends and neighbours in the end?

The Disfigured: Yes, I pulled the trigger. I saw the river of blood, fire and the ashes as I felt myself becoming the abomination in their eyes during the few last moments of devastation. During those moments between life and death, I saw and heard the screams of the mothers, the cries of the helpless orphaned children, and the souls of the little children leaving that world for the other. I saw my former best friend, and he pointed at me and I knew he was asking me why. I was here, and I found nothing here; not the glory of a martyr or the reward for being a murderer for God. I understood that I made myself unworthy of even going near that God whom I once worshipped.

Vampire Bat: I don’t understand why you would think that God would want you to kill his own creations? It is a terrible misunderstanding. You felt that murder can bring you heaven and not good selfless deeds? Even zombies know better.

Vampire Owl: And now what has happened to you?

The Disfigured: I still awaited my chance to be lifted to firmament, but nothing like that happened. I was left here surrounding by the inferno and I could see the people I killed right on the golden clouds high above me, with wings made of star-dust. I tried to jump into the fire, but it brought me back each and every time, more and more burnt.

Vampire Owl: I am not surprised at all.

The Disfigured: One day a woman appeared before me, pale and wearing dark clothes, with a huge black cat and a big dog which burned bright on her side. She was wearing a crown made of parts of a giant skull and bones decorated it. She told me that I had a choice, to enter the inferno of eternal torment to be punished by the demons of the other world or to stay here, in the world of the dead as a symbol of what happens to those who hate their fellow beings, and punish myself as instructed. I decided to choose the latter, as I stand here, burning and impaling myself, being the symbol of what reward hate brings. May be doing these myself as penance can give me a second chance. I haven’t lost hope yet.

Messenger of Death: Greetings, emissaries from the Vampire World. Lady Death’s representative will see you now.

The Disfigured: Let me get back to my schedule then. I have to jump into some boiling oil now. You should go and meet them, but please be careful about that dog.

Vampire Bat and Vampire Owl continued their journey into the interior circles of the world of the dead with the Messenger of Death. They wondered what it would take to make the humans stop hating each other. There will be religion, caste, race and community now, and during other times, there will be some other reasons. They felt very much relieved that they were not among the humans. They reached the Dark Gate of the Palace of Death, and as they looked on, the gate opened by itself.

2 thoughts on “Hate Brings No Good”