There is a certain amount of difficulty in finding the interesting satires these days. As far as the movies are concerned, the last big one goes a long way back to Pranchiyettan and the Saint as a full satire, even though there were others with some qualities of the genre. Bringing effective full satire to the audience needs a lot of skill and understanding the viewers as well as the society in a critical way. It is clear that most of the television programs never really understands what the viewers want. But there are surely exception in the same field.

There are two programs which successfully brings the satire to the next level though. One of them is Marimayam which deals with the corruption in government offices and other institutions, and makes fun of the situations. Broadcasted on Mazhavil Manorama on Saturdays and Sundays at 9:00 PM, it is one of the longest running satires ever in a Malayalam channel. Meanwhile, the second one is Vellanakalude Nadu which is broadcasted on Asianet at 10:30 PM every Sunday, bringing the satire related mainly to two families and their surroundings. 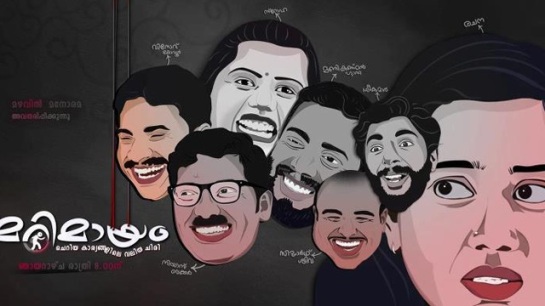 Existing since the time we remember Mazhavil Manorama has come to the viewers, Marimayam still continues its awesome journey. Even with its major actors S. P. Sreekumar and Rachana Narayanankutty not being part of the program, the rest does manage to hold things together. This Saturday had the funny version of how KSEB had decided to charge extra money if people are not at home when the employees come home to take the electricity meter reading. It was another fun episode to watch, and proves to be very interesting to the audience.

The Sunday version was even funnier with the episode dealing with dogs, dog lovers, common people and the government authorities, taking the satire in the right direction concerning the recent events. Another program in Mazhavil Manorama, the family comedy serial, Thatteem Mutteem also had the same theme this weekend, and Marimayam successfully takes it to the next level. We are given some idea about how it is going to be on Saturday itself. This is more of an episode which understands the pulse of the audience.

It is difficult to watch anything else when Badai Bunglaw is running on Asianet, but Marimayam has the worthy episodes which make us do the channel change in its direction. The last week’s flex episode was one of them; the same can be said about the episode on how people fall victim to money lending firms, and now this one is there for the week. This episode has one of the characters being bitten by a dog and in retaliation, the person beats the dog, and all of a sudden, the dog lovers appear.

What follows this incident is a series of funny situations which lead to an even funnier finish with the message that we can take to heart. There is the talk about how co-existence is something which is not forced, but has to come from mutual understanding and respect, and with respect for the life of the other – it is not hate that brings co-existence to life, for situations are not always the same. It is also the two hundredth episode of the same program. 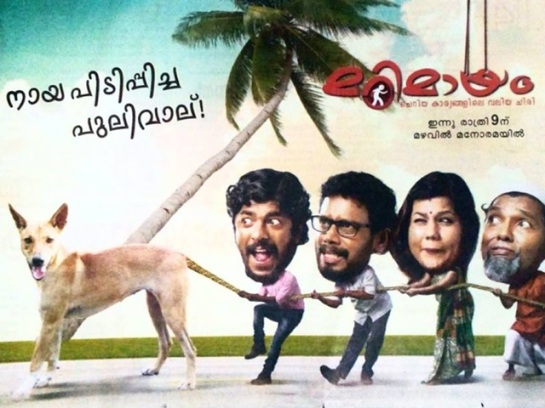 Lets get to the other program. Vellanakalude Nadu had a nice weekend earlier with a simple story. But this weekend’s show had a higher level of comedy. Beginning the episode at a police station, this one starts and ends with full fun, even though a message is less conveyed. The two programs made sure that this weekend was more fun than it was expected to be, at least the nights. Add the episodes of Badai Bunglaw and Onnum Onnum Moonu and that finishes the interesting weekend!