Simona the Kitty who has grown up to be Simona the Little Big Cat has had the longest stay here and has remained the longest non-movie inspiration for this blog. But there was a time before Simona when there were other cats who became short time inspirations. I have mentioned a few of them before, but I will talk about them in detail here. This post is actually supported by Simona, and there is no cat jealousy involved here – Simona knows none of the deadly sins and she is very much interested in appreciation of other cats.

Simona’s direct predecessor was Zeezee, the local kitten who went missing. She was of almost Simona’s age as of now when she was gone. She wasn’t really that much of a lover of humans, and never allowed anyone to get at the touching distance, while Simona didn’t mind the hand shakes, leg shakes or even head shakes. She was still a fine hunter of spiders, lizards and cockroaches. She loved Tiger biscuits in milk, and sitting on the Honda Dio was a clear priority. [Hometown: Perumbavoor] 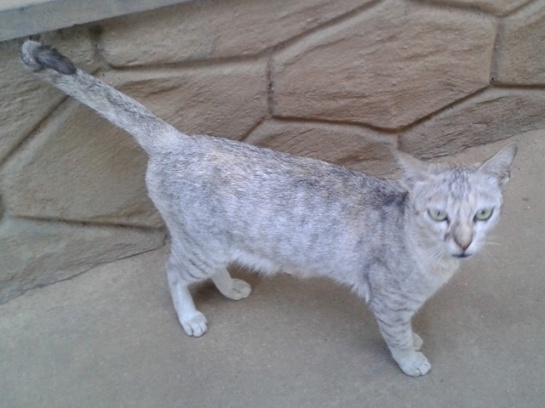 The Badminton Kitty was a well known figure all around the flat. This one was a lover of Badminton and was always there when a game was happening on the court. Whenever the shuttle sailed away from the humans, this one was ready to pounce and check for the quality. The kitty also made sure to pretend to be the official ball boy by running across between the points – may be this one wanted to have a game, but never really managed to the big cat as a car took its life. [Hometown: Aluva/Alwaye] 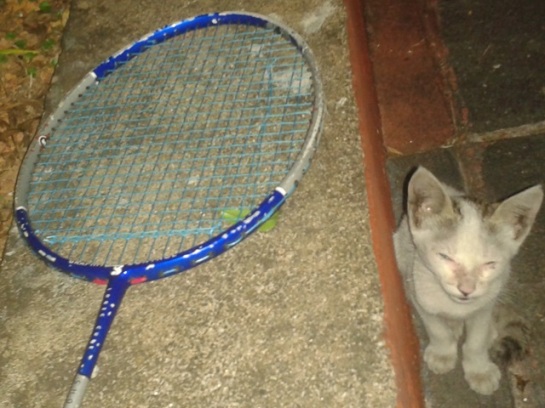 The Great Cat of the Ancestral Lands was not that great, even though it was there whenever I visited the place – until some years ago. This one used to have only one priority, which was food, and sometimes even chased hens for no reason. It is not found any more, and the sad thing is that there has been no replacement even after these many years. May be there is no land for cats there? After all, the dogs are the ones who have most of the fun. Simona should complain to her big cat brothers. [Hometown: Kothamangalam] 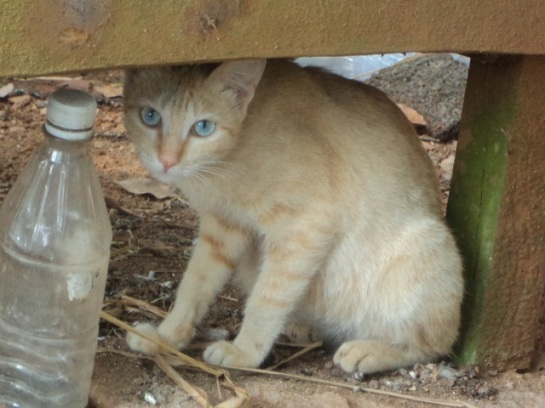 This Black Cat is the kind of cat that everybody should have. I have always preferred the black cats because the vampire team got special love for them. Well, this one was very much loved by the kids of the flat, and as they were sad about the demise of the white kitten of the Badminton earlier, they treated this one with a lot of milk every day. But this one suffered the same fate as the Badminton Kitty and jumped in front of a car to end the last of its nine lives. [Hometown: Aluva/Alwaye] 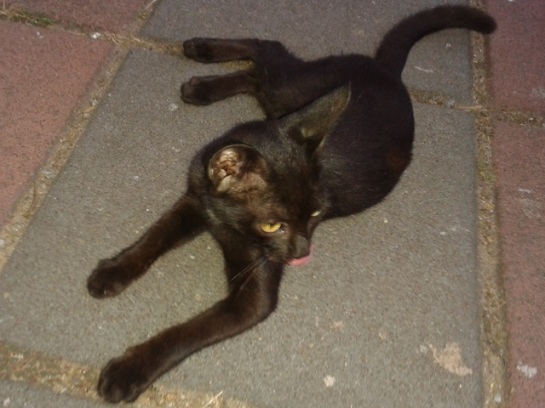 The Mall Kitty was one of its kind. We haven’t known it for long, but this one was a real entertainer. We did wonder how long it will last considering the traffic around that junction, but the Mall Kitty was wandering around the Lulu Mall finding the food and also jumping around, as if coming right out of circus. This one followed many people, came back to the original place, thought for a few seconds, put its head inside somewhere and returned to its original position. [Hometown: Edappally]

Among the cats before Simona, there are two who have been there for more time combined. It is the mother and son team which has been the champions of my cat world for a very long time. They belong to the Muvattupuzha area at the home of my aunty. They have been the first case of entertaining cats for me, and you need to check the eyes of the smaller one – he is a big cat now, but his eyes are special; of different colours. The mother cat is no more, but the son is still there, to be the awesome odd-eyed cat. [Hometown: Muvattupuzha] 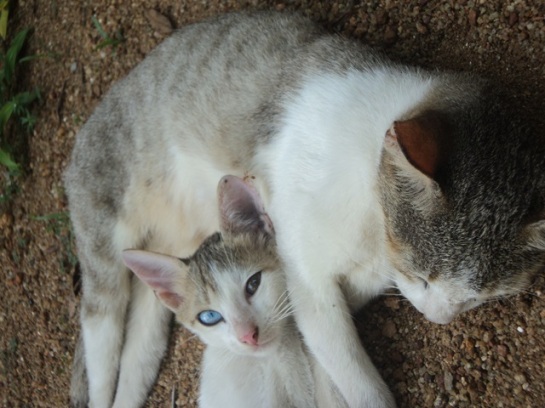 ***All photos of cats were taken by me only.

8 thoughts on “Before Simona: Rewind”