On the 299th day of this blog’s existence, The Tea Cerebration(s), the 200th post has arrived, and on this quite long a journey, I would like to thank everyone who has inspired me to come up with more posts with their likes, comments and messages. There have been a lot of support, and being a person of doubt, I had a lot of confusion when beginning this blog, but it does stand 21,000 visits strong and going almost as my other blog, Movies of the Soul which actually has more visitors from search engines.

As you might already know, this is my fourth and the final blog which still exists now – yes, I am not planning to start another blog ever as long as this one goes on with even a quarter of the strength as it is visible as of now. The Tea Cerebration(s) has actually proved quite lucky for me, as it has worked well in the case of most of the things that I have tried to do. On this occasion, I would just share five more of the big names of Kerala Renaissance, because it was too incomplete; it will continue to be so, but I will just add five more of them. 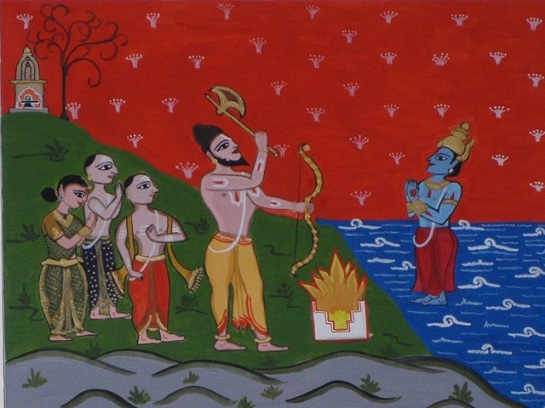 Parasurama, who is credited with bringing Kerala out of the sea 🙂

1. Brahmananda Sivayogi: A believer in yoga and an athiest, he might be one of the lesser known names among the people of this age, but the impact that he made in Kerala Renaissance is something which cannot be seen as something of lesser significance, for it is a lot. He was completely against any kind of idol worship and found Anandamatham (the religion of bliss) as he strived for social equality and peace throughout his life-time – his hope was for happiness or bliss among people. He was also the founder of Ananda Maha Sabha, and a number of his disciples have continued his work through the ages within Kerala.

2. Swami Vagbhatananda: Here is another name which you would want to remember if you haven’t heard about him yet. He is often related as Sree Narayana Guru of Malabar, and is known for being the founder of Atma Vidya Sangham which spread his teachings, and also had a very secular outlook. He was a nationalist, scholar and a social reformer, as he used his knowledge to the betterment of the society as well as improving the national spirit around his world. He was intellectually superior to those who opposed him, and worked to eradicate superstitions along with spreading the power of knowledge.

3. Mahakavi Kumaran Asan: Most of us Malayalis know Kumaranasan as a poet and having the title “mahavakavi” without writing a mahakavyam. But he was more than just that, as he went on to became that voice that Kerala needed, through his writing skills. He was the one who started the newspaper Vivekodayam, and he also served as the first secretary of SNDP Yogam. If we look at his works, there is immense power in them, and a reflection of the society at that time, and there is the hope for a better society. He was a poet of his times and his world like not many others, which is why we will keep recollecting his name whenever Malayalam poetry becomes part of the talk. 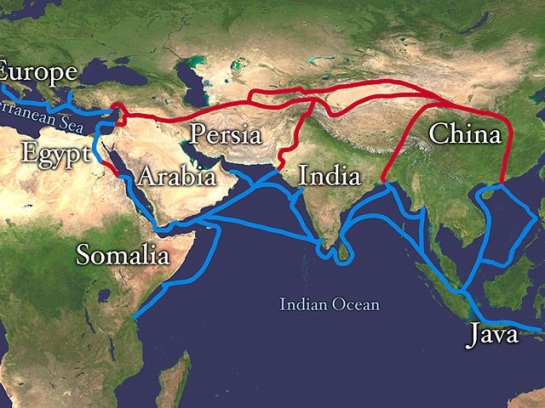 4. Thaikkattu Ayyavu Swamikal: Also known as Sivraja Yogi and Sadananda Swami, he was known to have inspired three other social reformers who came later – Sree Narayana Guru, Ayyankali and Chattambi Swamikal. He is also known to have visited Vaikunda Swamikal, his contemporary. He had hoped for one religion, caste and God for everyone and also social equality as he preached and worked for the same. He also came up with Panthibhojanam with people of different castes and religions having food together. He was a man with a great vision and had hoped for more than he had achieved.

5. Mannathu Padmanabhan: The work of Mannathu Padmanabhan is something which needs no special introduction, as he is a well-known figure and a man of great skill. Known as the founder of the Nair Service Society (NSS), he was part of Vaikom Satyagraha as well as the same agitation at Guruvayur get permission for the lower castes to worship at the temples. He later lead Vimochana Samaram (the liberation struggle) which brought down the first Communist government under E. M. S. Namboodiripad and activated Article 356 of the Indian Constitution. Honoured with Bharata Kesari and Padma Bhushan, he was a man who brought big changes to the Kerala society.

***The five social reformers of Kerala Renaissance were randomly selected and there are certainly more who deserves a mention in such a list. ***The images used in this blog post are taken from the Wikipedia page of the History of Kerala.