We are all proud Indians, and our national awareness and patriotism reaches new heights when Indian cricket team wins the World Cup or during some other international event. We are extremely happy if an Indian somehow makes to the next round of a big tennis tournament or wins a medal in any of the games. But do we have the same feeling concerning cleanliness? Do we find a clean India as something to be proud of? Shouldnt we consider it the more significant thing and not abusing the players from other countries?

Our new Prime Minister, Narendra Modi also came up with a request for the same, as the new government seems to have their attention on cleanliness. There are advertisements all around the movie theatres and multiplxes concerning the same, asking us to respect and follow the path set by the father of our nation, Mahatma Gandhi. They have raised their voice through the media and made things clear. It has actually made a lot of people aware of the need to the same. But have most of us changed, or is it limited to a few people or practiced only when camera is rolling? 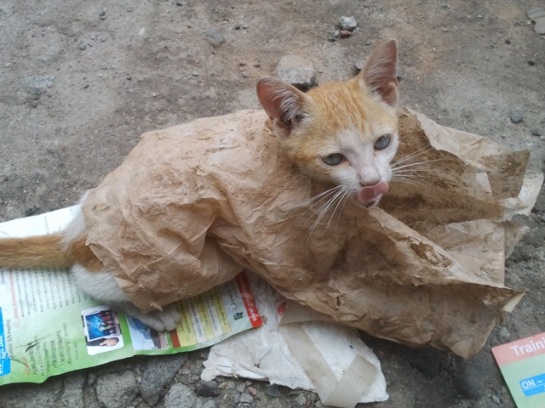 People still throw their waste on the road, and even relieves themselves in the open, leading to the spread of diseases through mosquitoes and rats. A lot of big cities are facing this problem in a bigger way. One has to wonder why people are so careless about it. There are big garbage collections on the side of the major roads and nobody cares? Isn’t that one of the most depressing things a fast developing nation can have? Are we not better than this? Than why does this happen? The bigger question is about why nobody is saying anything about it?

We have the tendency to avoid a few things which don’t directly affect us, especially if we don’t consider them as a big deal. We might look at the world around us and try to adjust with the lack of cleanliness rather than doing something with it. We are determined to make adjustments to the situations. But things are surely changing. #AbMontuBolega is a campaign for the same reason, and it reminds us that it has been a long time since the need has arisen for the common man to come up and do something about it. One can try raising his or her voice, and see what happens. 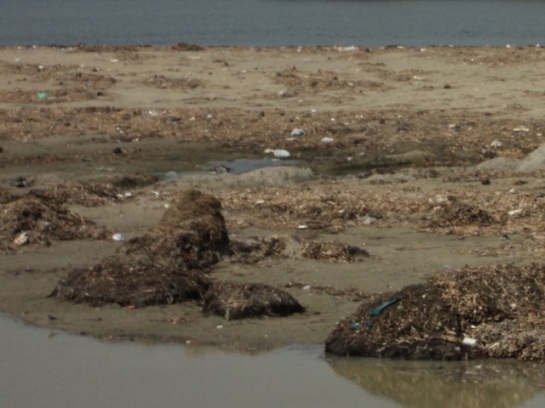 Not among the cleaner beaches, right? (Photo taken on my Sony Cybershot DSC W310)

We have the right to do so, as much as concerning any other thing. Cleaning and maintaining that cleanliness have been a thing of problem for our nation. We haven’t been known to be among the cleaner countries in the world. There exists a lot of foreigners as well as NRIs who have complained about the same. But no right step has been taken. People become more and more aware of the same, but don’t care to do anything about it, because we adjust too much. We need to keep calm and speak about it like Montu at the website http://www.abmontubolega.com/.

So, next time when we see some garbage, let’s make sure that we make an impact. Let it be certain that we don’t drop garbage on the streets, and also try to do a certain amount of cleaning by ourselves. If we see someone doing that, there is the need to raise our voice and talk to them about it. If there is a real bad situation concerning the waste disposal, it is our duty to inform the authorities and make sure that they take the right action concerning it. Our nation needs collective efforts and one or two people can begin to make a difference.

This blog post was written in association with #AbMontuBolega campaign from Strepsils in association with Indiblogger. The campaign asks us to raise our voice against the lack of cleanliness, and deal with everything dirty, as there are places which needs our attention. It is only if we raise our voice that the desired results are achieved. Please do check the website http://www.abmontubolega.com/, as well as Strepsils on Facebook (https://www.facebook.com/StrepsilsIndia) and Twitter (https://twitter.com/StrepsilsIndia) for further details.