I am pretty sure that a lot of people have prayed a lot for the Indian cricket team to win the World Cup. But among the things I have wanted the most was for India to win the Davis Cup – yes, Indian football team qualifying for the FIFA World Cup was a necessity, but I had always hoped for a tennis achievement more. This love for tennis had kept me trying to play tennis shots in badminton even as that reinforced the fact that I will never play tennis in my life.

That brings back to the topic – who would I want to win the Davis Cup as it was kind of impossible for India considering the absence of a big tennis player in the ATP division. There might be just one win in the doubles, which would have been quite easy at a time when Leander Paes and Mahesh Bhupathi were at full flow. But then, there is the other option, to watch Switzerland win the Davis Cup, something which happened yesterday at the same time as the ISL match between Mumbai City FC and Chennaiyin FC was going on. 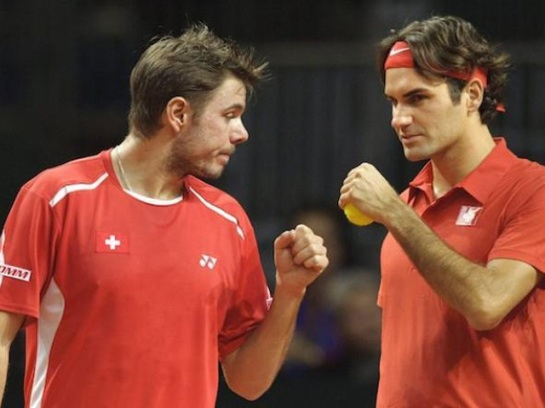 I switched on the television and checked some of the so called big news channels starting with Indiavision. I waited till the sports news and kept staring at it, but it seemed that nobody knew there was such a tournament. For a tournament that happened at night, they don’t feel the need to show the news about it in the morning. It made me wonder where our journalism was heading. This is exactly why tennis doesn’t have that much of an impact in India. 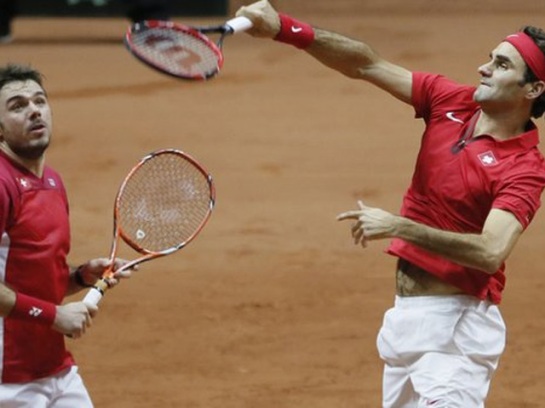 Fed-rinka in action in France (pic from Reuters)

Czech Republic did win the Fed Cup earlier defeating Germany in the final, but it is clear nobody cared about it. I would say that most of the people don’t know that there is a woman’s equivalent of the Davis Cup. The media might also need some classes about the same, as they keep searching for cricket even in the ISL. The final didn’t end up being the close contest that I had expected it to, but I am an admirer of Lucie Safarova and is glad to see her team win, as I feel that she has under-achieved. I am surprised that Sabine Lisicki didn’t play a singles match though. 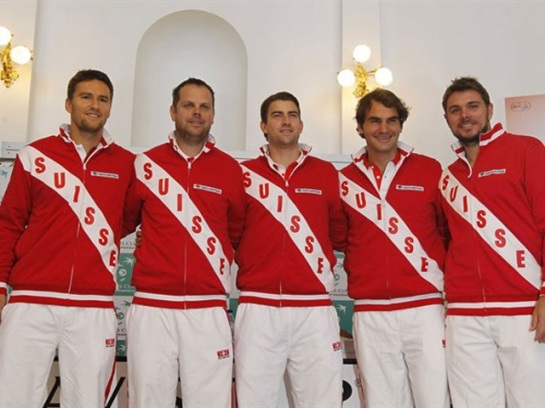 The total number of quality female players in Germany was surely high, but the two players, Lucie Safarova and Petra Kvitova ended up being too good. These two were far ahead of the rest of the players from Czech Republic as out of the top twenty rankings, the next available players was under rank 150 while Germany had a better team in totality. The same is the case of Switzerland and France in the Davis Cup. Roger Federer and Stanislas Wawrnika being way ahead of the others who are ranked below 200, and their opponents having all their five players in the top thirty. 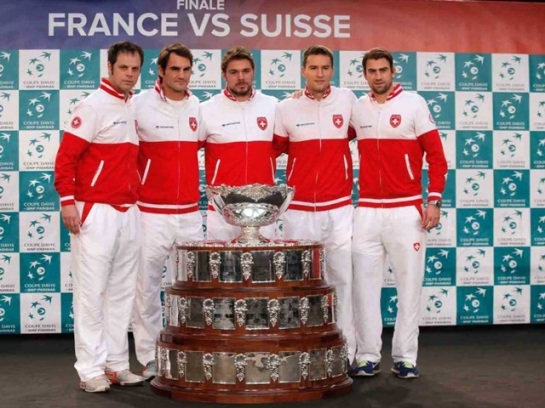 The Swiss players with the Davis Cup trophy (pic from ndtv)

This is a great win for Switzerland, and a wonderful addition to the list of great achievement of Roger Federer who had been fighting a lone battle for a long time before Wawrinka came into the picture – what an year for him too, beginning it with the Australian Open title and ending it with the Davis Cup trophy. The way in which they have managed to get rid of the rift between the two and come together to play for their nation, and how Federer managed to be fit for his country – all these are worth the appreciation.

But do our media know any of this? I have always considered Davis Cup with a great level of esteem. It is more equivalent to the World Cup than anything else, and it is the duty of the media to broadcast it and provide enough information about the same. The same is the case of Fed Cup which is more like a mystery around here. I wouldn’t be surprised though, considering the cold way in which they report Wimbledon. I hope that the senior Malayalam news channels and newspapers take tennis more seriously (a corner in the sports page is not enough for big tournaments), and it can only help the growth of tennis here.

8 thoughts on “When Nobody Knows”